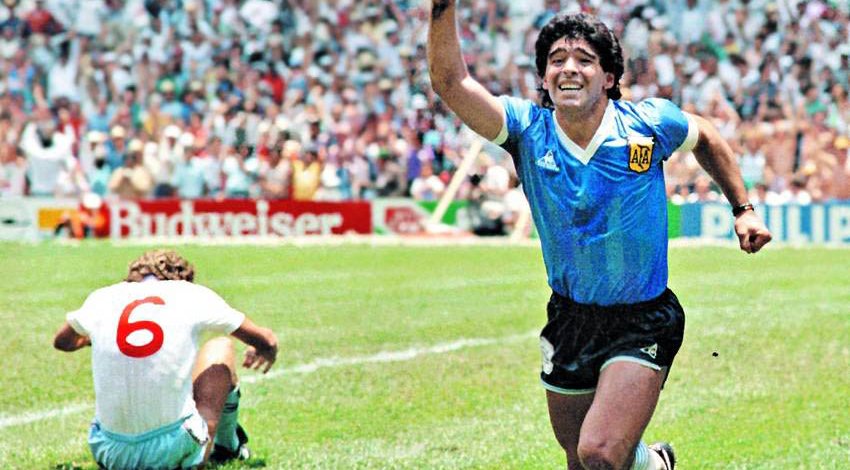 The Argentina football shirt, worn by Diego Maradona during the notorious “Hand of God” moment that saw England defeated at the 1986 World Cup, has been sold for 8.4 million euros. At the end of the match in Mexico, Maradona swapped shirts with England midfielder Steve Hodge.

Believed to be the highest price ever paid for some sporting memorabilia, the item was auctioned by Sotheby’s who had issued a guide price 10 to 30 percent lower than the price achieved.

Hodge said that ever since Maradona died in November 2020, people having been knocking on his door enquiring whether the shirt was for sale. At the time, he said: “I find it disrespectful and totally wrong. It’s not for sale. I am not trying to sell it.”

Brahm Wachter, Sotheby’s head of streetwear and modern collectables, said: “This is arguably the most coveted football shirt to ever come to auction, and so it is fitting that it now holds the auction record for any object of its kind.”

The highest price achieved prior to the sale for a shirt, was one worn by New York Yankees legend Babe Ruth, which 5.2 million euros in 2019. That same year the original Olympic manifesto, penned in 1892, sold for 8.3 million euros to become the most expensive piece of sports memorabilia.

Prior to the auction, there was some controversy, with Maradona’s family claiming it was not the shirt worn by the legend. However, Sotheby’s matched the Le Coq Sportif shirt with pictures from the game, which Argentina won 2-1. Both goals were scored by Maradona, and have come to be regarded as amongst his best.

The first involved the use of his hand to punch the ball past England goalkeeper Peter Shilton, while the second has since been voted the goal of the century in a poll by the sport’s governing body, FIFA.

Maradona went on to inspire his country to win the trophy, beating West Germany 3-2 in the final

For the past 26 years, the “Hand of God” shirt had been on display in the National Football Museum in Manchester.