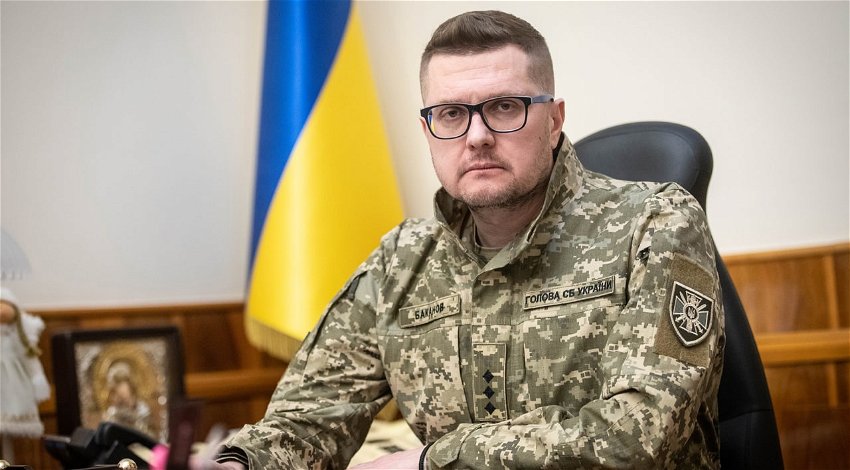 On Monday, May, 23, Ivan Bakanov, head of the Security Service of Ukraine (SBU) claimed that new  information in coal and pipelines cases confirms evidence previously gathered by SBU on Ukrainian oligarchs involved in state terrorism.

“The information that Victor Medvedchuk (Ukrainian pro-Russian Politician and Oligarch) provided in the cases on purchase of coal from the so-called “L/DNR” in 2014-2015 and withdrawal of the part of the oil pipeline “Samara – Western direction” from the state into private ownership, confirms the entire body of evidence collected by the Security Service of Ukraine,” stated an official telegram announcement by the Ukrainian Security Service.

The statement continued: “The head of the Security Service of Ukraine Ivan Bakanov spoke about it during the national telethon.”

“In our opinion, Medvedchuk confirms the evidence and versions that the Security Service collected, and on the basis of which both Mr. Medvedchuk and Mr. Poroshenko were previously suspected.”

“Namely in the state-sponsored crime and financing of terrorism. He talks about all the details and schemes. We are also confident in investigating these high-profile cases.”

“And we will bring them to a logical conclusion. For the law must work without prejudice and circumstances”, stated Ivan Bakanov.”

“He said that each case is at different stages of investigation, and the collection and analysis of evidence, launched long before the war, is ongoing.”

“We are proceeding in succession, but the verdict must be made by the court. It does not matter how long ago these events took place – each suspect must be held accountable under the law,” the SBU head said.

“In particular, the court will consider the case of fraudulent activities within the framework of the anti-Ukrainian project “Promin”, in which Medvedchuk is a member.”

“As for the “gas” and “pipe” cases, Medvedchuk confirms the key role of Petro Poroshenko in them.”

“And these, in the opinion of the SBU, were definitely not in the interests of Ukraine. On the contrary, the economy and security of the state suffered direct losses. And this was facilitated by numerous high-ranking officials: from Mr. Medvedchuk’s account – from the ministers to the head of the National Bank,” the SBU chief said.”

“Such actions have significantly increased the influence of Russia on the Ukrainian economy. “The information from Medvedchuk allows the Ukrainian public to see what the state policy was like before. This is really a matter not only of legal responsibility, but also of moral responsibility.”

“As we have seen an example of extraordinary political cynicism – when business and even terrorist activities were carried out under patriotic slogans. Russia’s influence on Ukraine was reduced for the sake of a quick copy”, Ivan Bakanov added.”

“We would like to remind you that Medvedchuk, who was detained by the SBU, spoke about the scheme to withdraw a part of the main oil pipeline from state ownership in order to pump diesel fuel through it and purchase coal from the temporarily occupied territories of Donbas.”

“Describing the essence of the schemes, Medvedchuk said that Poroshenko not only asked him to contact the Russian leadership, but also ensured that all Ukrainian authorities took the necessary decisions.”