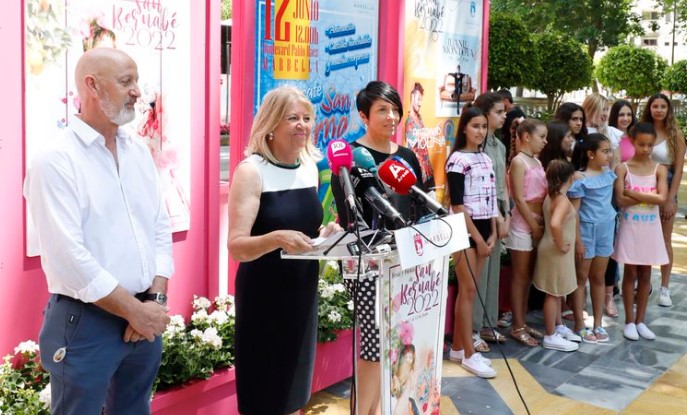 The traditional San Bernabe Fair in the Malaga city of Marbella will take place this year from June 7 to 12.

Angeles Muñoz, the mayor of the Malaga city of Marbella, announced today, Monday, May 23, that the San Bernabe Fair and Festivities will return after a two-year break due to the pandemic. This traditional celebration will run from June 7 to 12. A full programme of concerts and tributes is planned.

Speaking at a presentation to announce this year’s fair, held in the Parque de la Alameda, the mayor highlighted that the city will “live a great week again”. The festivities will begin on June 5 with the traditional pilgrimage of the Patron Saint.

Parque de la Alameda, and Avenida del Mar, will once again be among the locations for the daytime festivities, while the Night Fair will be located on a plot of almost 40,000m² located in the area of ​​Arroyo Segundo, ceded by the Ramos-Marin family. As in previous editions, the booth for the elderly will be located in the municipal Market Square.

The Day Fair will be inaugurated at 1pm, on June 8, in the arch located in the Alameda Park, which this year will be dedicated to ‘ Tanque, Toñi, and his ballet’ and the consequent opening of the bars. On this same day, the opening of the attractions of the Night Fair will occur at 7pm.

Thursday, June 9, will be the date for the celebration of Children’s Day, with the attractions of the Night Venue being offered at popular prices from 7pm. From Friday, June 10, the City Council has organised a program of musical performances that will start at 11pm. These will take place in the old municipal caseta.

At 11am on Saturday, June 11, the solemn mass will be celebrated in the Nuestra Señora de la Encarnacion Parish. The procession in honour of the Patron Saint San Bernabe will be accompanied by the Choir of Our Lady of the Incarnation, and the Marbella Music Band.

On Sunday, June 12, there will be a re-enactment of the historic entry into Marbella of King Ferdinand the Catholic on June 11, 1485. This will start at 11am, from Calle Salinas, and end in the Plaza de la Iglesia Nuestra Señora de la Encarnacion, for the handing over of the capitulations to a member of the Municipal Corporation.