13,000 kilos of white paint offered to residents of Enix in Almeria to paint their homes 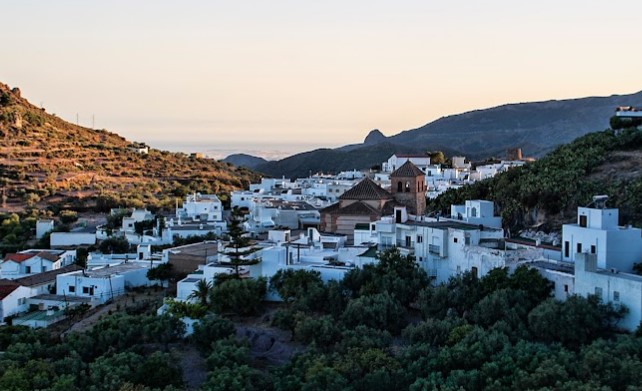 Photo of the town of Enix in Almeria. Credit: Google maps - Juan Mena.

Residents of the Almeria municipality of Enix have been offered 13,000 kilos of white paint for their homes.

Enix is a small municipality in the province of Almeria, with a population of just 540 people. The local council has launched a painting campaign for its residents, called ‘Luce tu facade’ (brighten your facade). Around 13,000 kilos of white paint are being made available for this task, as reported today, Monday, May 23, by sevilla.abc.es.

“It is everyone’s task to recover the white colour of our town so that it looks brighter and cleaner than ever”, insisted the town council. Those interested only have to request their participation and the paint will be provided free of charge. Then they can get to work and return the white colour back to the facades of their homes, which after the recent haze, had developed a marked brown tone.

This initiative is part of the III Painting Plan. Alvaro Izquierdo, the mayor of Enix, pointed out that this campaign is not new. It is something that is carried out every two years, giving away white paint free to the residents, so that they can renovate the facades of their homes.

“Enix is ​​a white town in the Alpujarra and we try to maintain and promote that typology so that it is always beautiful”, explained Mr Izquierdo. The council even encourages residents who changed the colour of the outside of their houses many years ago to return to the original Enix style, so that they can whitewash them again, something that many have already done.

On this occasion, due to the intense periods of dust in suspension from the Sahara in March, the measure was more necessary than ever to beautify the municipality. “After the haze of these months, the houses had deteriorated and lost their original white. We understood that we had to pitch in by giving away paint”, the mayor clarified.

According to the mayor, through this municipal initiative, two years ago, practically all the residents were able to whitewash their facades because “everyone who wanted paint, had it”. In just a few weeks’ time, Enix will regain its characteristic white colour again.