Boxing champion dies at the age of 30 fighting for Ukraine 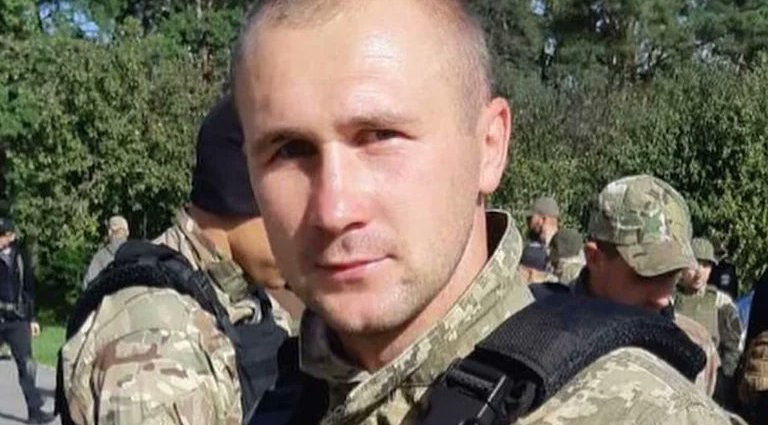 OLEG PRUDKY, a boxing champion from Ukraine, has died aged 30 while fighting for his country in the war against Russia.

Thirty-year-old two-time amateur boxing champion Oleg Prudky was killed during combat in Ukraine on Sunday, May 22 while working for the Cherkasy Police special forces. He leaves behind a wife and two daughters.

“On May 22, defending the state sovereignty and territorial integrity of Ukraine, our colleagues, police officers from the Special Operations Department of the KORD Department, of the General Directorate of the National Police, were killed.”

“What I will not hear – Good morning darling! I’m fine! How are the girls? And the most important thing is that you will never tell me again – I LOVE you.

“You were like a bright sun, an example for your children, who adore you so much and ask you every time, and when dad comes.

“How can I tell them that they will never see you again?

“You were an example for your friends and colleagues. You are my ANGEL. I LOVE YOU VERY MUCH.”

The Ukrainian Boxing Federation said: “We are sad to announce that the master of sports of international boxing class, champion of Ukraine Oleg Prudky, died in battles with the Russian occupiers.

“The Boxing Federation of Ukraine expresses its condolences to the boxer’s family! Eternal memory to you Olezh.”

Ukrainian authorities said: “There are no words to convey the pain, the despair at the irreparable loss. We bow our heads and bow to his parents. In our memory, they will remain honest and principled people, good friends and trusted colleagues. We express our deepest condolences to his family and friends. We remember you, we miss you. Remembered with honours.”

Serhiy Tyshchenko, president of the Cherasky Boxing Federation, also paid tribute to the fighter following the news of his death: “Another tragedy in our boxing family. One of the best boxers of the Cherkasy region, Oleg Prudky, died in the East.

“I remember now how your coach told you how eager you were to do boxing and cycling for tens of kilometres to get to training.

“I remember how we supported you at the competitions of Ukrainian Atamans, then a whole bus from Cherkasy came to support you and you won! Everyone remembers your incredible fights.

“You are the first in the history of Cherkasy boxing to win gold in the 60kg weight category.

“Oleg was a two-time champion of Ukraine and a master of sports of international class. Your victories and achievements are hard to count, you were a very persistent and hard-working athlete, you trained a lot. You have been a worthy example for future generations.

“Eternal memory, rest in peace friend. Heroes do not die.”

Ukrainian amateur boxing champion Oleg Prudky has died at the age of 30 while working for the Cherkasy Police special forces, defending his country in their war with Russia. Prudky previously fought for Ukraine Otamans in the WSB. He leaves behind a wife and two young daughters. pic.twitter.com/J17UblLK5D