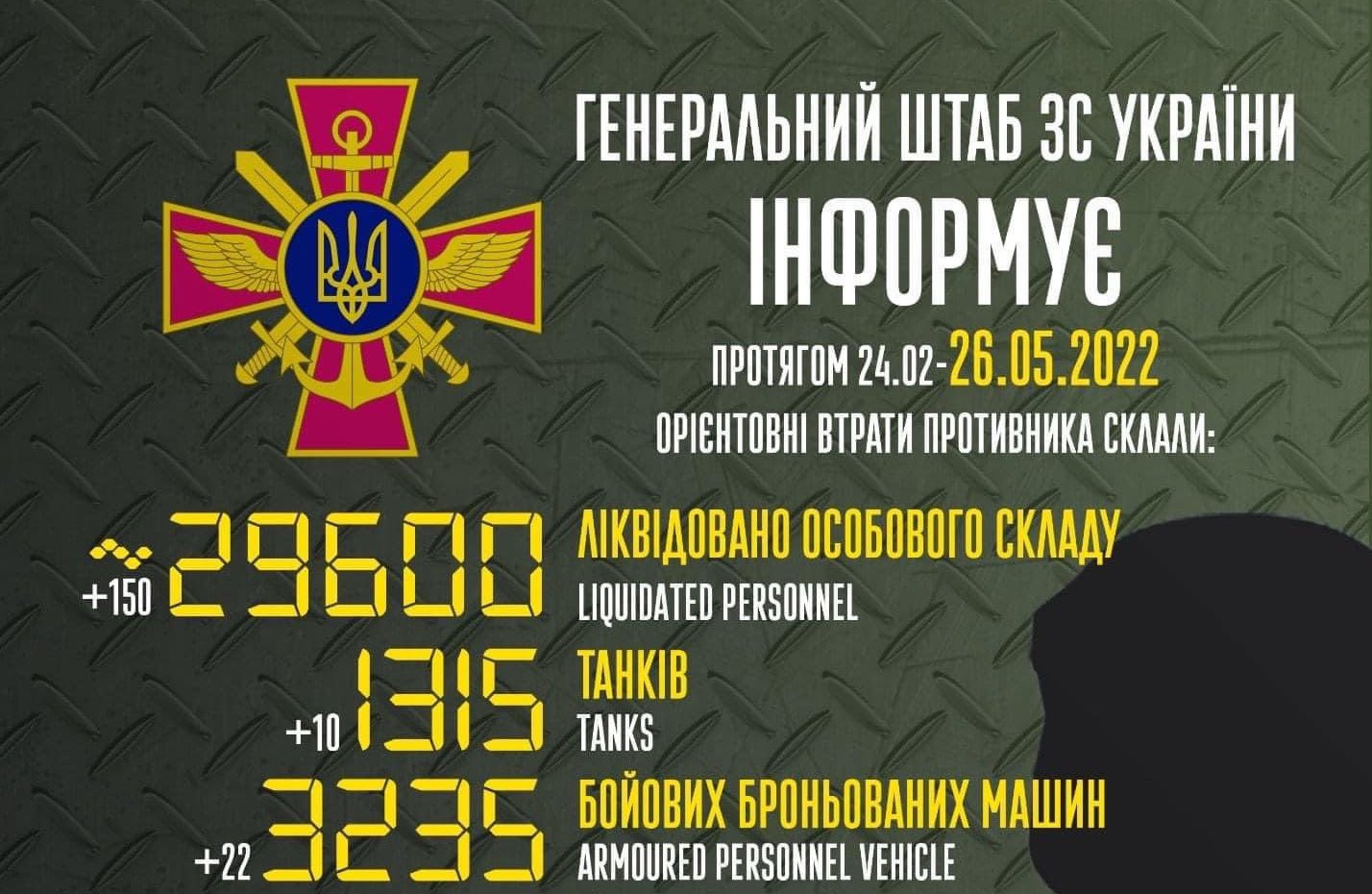 ON Thursday, May 26, Ukraine’s Ministry of Defence published updated figures of combat losses inflicted on Russian forces since the beginning of the war.

Another 22 Russian forces Armoured Personnel Carriers (APCs) were destroyed by Ukrainian forces on Wednesday, May 25, according to Ukraine’s military update on Russia’s combat losses since February 24.

Around 150 more soldiers from Russia were killed by Ukrainian forces, which saw the number of Russian soldiers that have lost their lives fighting in the conflict rise to around 29,600, according to Ukraine’s MoD.

The other significant increase in figures is the loss of unmanned aerial vehicles (UAVs), which has risen by 11 – the same number destroyed by Ukraine the previous day. This takes the number of Russian UAVs destroyed by the Ukrainian army to 502.

The General Staff of the Armed Forces of Ukraine revealed that Putin’s army had suffered the greatest losses in the Avdiiv region on Wednesday, May 25.

A detailed breakdown of the 92nd day of the war also shows that the loss of the 22 Russian APCs now means Ukraine has destroyed 3235 in total since the beginning of the conflict, while the destruction of 10 more tanks means that Russia has lost 1315 in total.

Ukraine also reported that they had destroyed 11 Russian artillery systems and shot down two missiles.

The number of Russian missiles destroyed by Ukrainian forces is now up to 114 and corroborates reports that Ukrainian air defence systems shot down one of four missiles fired at the city of Zaporizhzhia on Wednesday, May 25.

One person was killed, and three more were injured during the attack, which Russia contradicted by suggesting that it had successfully “destroyed the workshops of the Motor Sich enterprise in Zaporizhzhia with high-precision long-range air and sea-based missiles.”