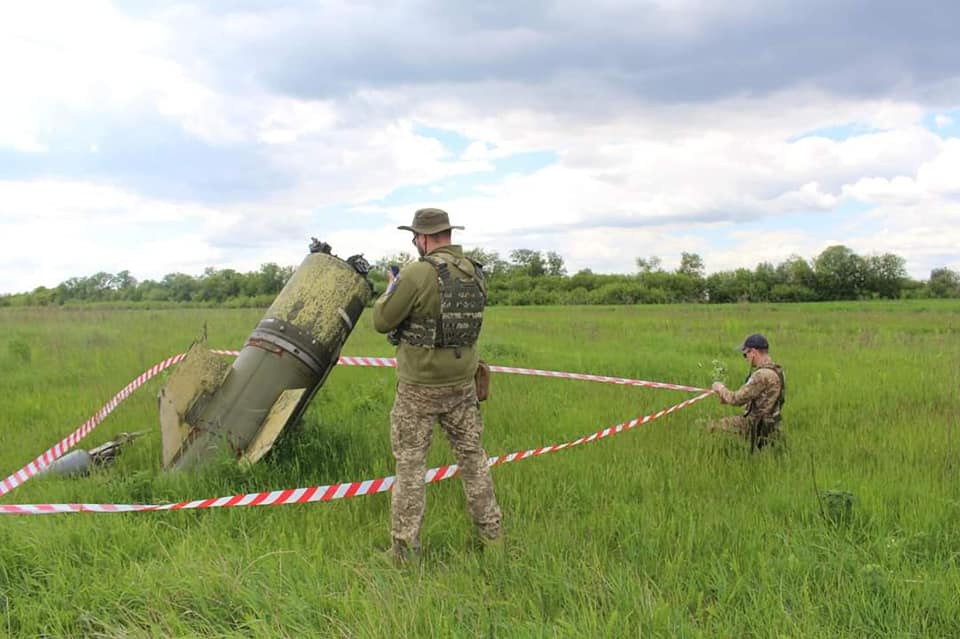 THE General Staff of the Armed Forces of Ukraine has provided its lastest operational update on the ninety-third day of the Russian invasion of its country.

Ukraine’s Armed Forces provided its operational update on the Russian invasion on Friday, May 27 and noted there have been “no significant changes in the activity of units of the Armed Forces of the Republic of Belarus in the Volyn and Polissya areas.”

“Measures to strengthen the protection of the Belarusian-Ukrainian border are underway. The threat of missiles and airstrikes from the territory of the Republic of Belarus remains,” Alexander Štupun said.

“In the Siversky direction, the enemy continues to take measures to strengthen the cover of the Ukrainian-Russian border in the Bryansk and Kursk regions, they are involved in two battalion tactical groups from the airborne troops of the armed forces of the Russian federation.

“In the Slobozhansky direction, the Russian enemy is training personnel for the replenishment of motorized infantry, tank and artillery units.

“In the Kharkiv direction, the Russian enemy’s main efforts are focused on maintaining the occupied positions and restraining the advance of our troops.

“In the Slovyansk direction, Russian occupiers continue to shell the positions of our troops, resuming the offensive.

“In the Donetsk direction, Russian occupiers are conducting active offensive operations. They continue to fire on our units, launch missile strikes, and regroup troops,” he said.

He added: “The enemy is trying to develop success in the Bakhmut direction, disrupt logistics routes and cut off our units from the main forces.

“In the Lyman direction, the Russian enemy is conducting reconnaissance, with the support of artillery trying to gain a foothold in the village of Lyman.”

“In the South Buh direction, the Russian enemy continues to take measures to maintain control over the territory of the Kherson region,” he said,

“Increased the number of shellings of units of our troops, conducts air reconnaissance, and carries out engineering equipment positions.

As noted, the Kherson region has been under increased attack after it was revealed by Ukraine that Russia was looking to build a third line of defence in the region and in occupied Zaporizhzhia.

The Kherson region is also where Russian soldiers have been accused of raping and torturing women and children, and where accounts have emerged of the soldiers ‘purposefully exterminating the female population’.

“Over the past 24 hours, twelve enemy attacks have been repulsed in the Donetsk and Luhansk directions, a tank, five artillery systems, five units of armoured combat vehicles and five cars have been destroyed.

The air defence units shot down an enemy Ka-52 helicopter, a cruise missile and an Orlan-10 UAV,” he concluded.