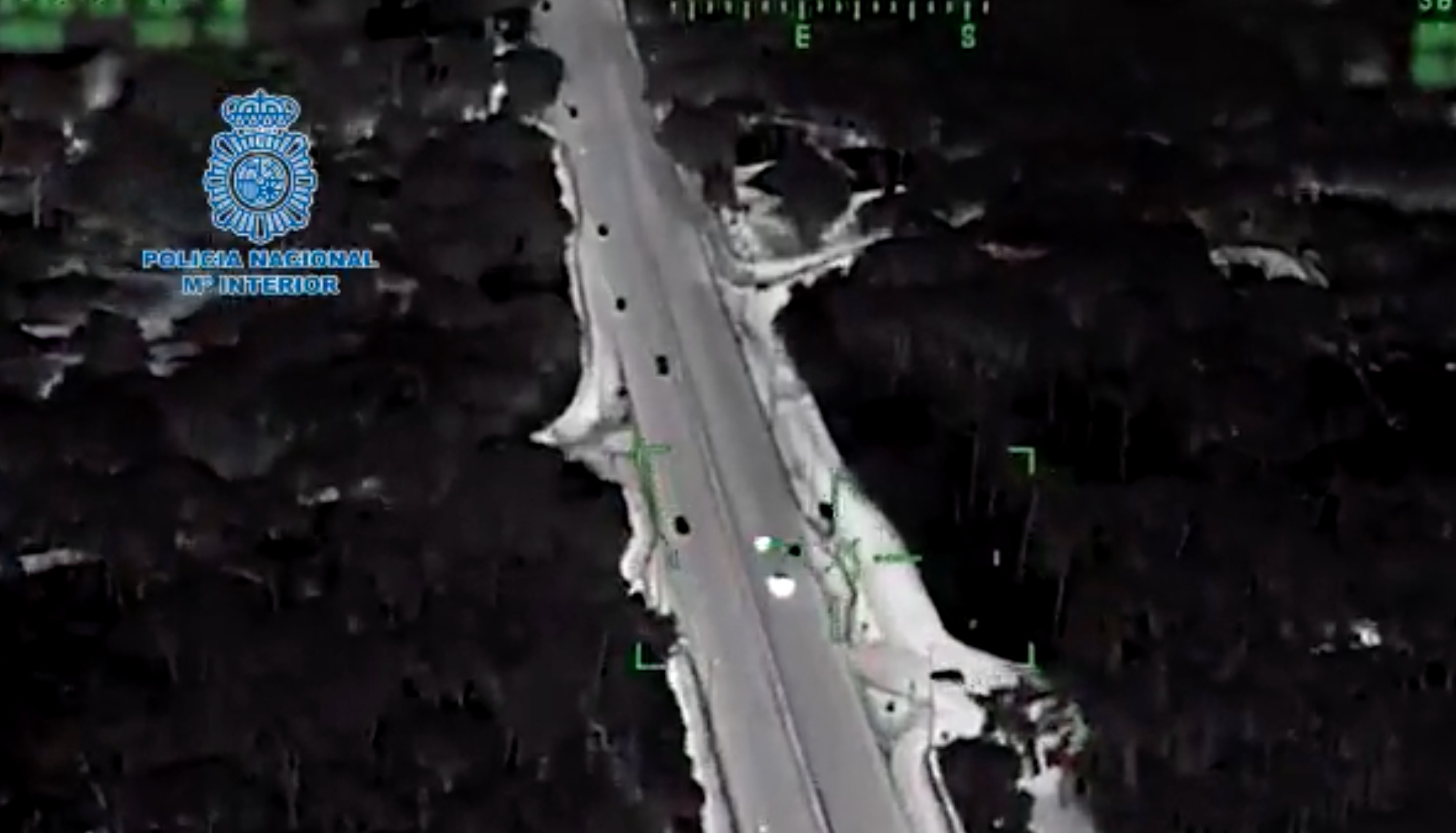 The police car chase took place on the evening of Thursday, June, 2, beginning in Estepona and ending in a town in Mijas, Spain.

“🚩These are the impressive images caught by our helicopter 🚁 of an intense chase between #Estepona and #Mijas last night.
There are three detainees, aged between 26 and 32 years, who were driving and carrying out dangerous manoeuvres that put traffic safety at risk.”

At around 11.30pm, a team from the Estepona Police Station detected a suspicious vehicle exceeding the speed limit on the A-7, as reported by Spanish National Police.

The car was reportedly overtaking on the right while putting the safety of traffic and other road users at risk. At the height of Cancelada, and after a reckless braking manoeuvre, the driver momentarily left the motorway and ignored the stop signals given to him by the police.

The car then fled to take the A7 again in the direction of Malaga. The police car chase began and was joined by various units on from the Estepona and Marbella police stations, as well as the Air Resources Service.

A helicopter, with the Cóndor call sign, informed the other units of the route taken by the fleeing vehicle. The police car chase ended in the the town of Calahonda, in Mijas, when the vehicle left the motorway and entered a housing estate in the area.

At that moment, the occupants of the car got out of the car carrying large bags containing cash, estimated at €6,845, thus ending the police pursuit.