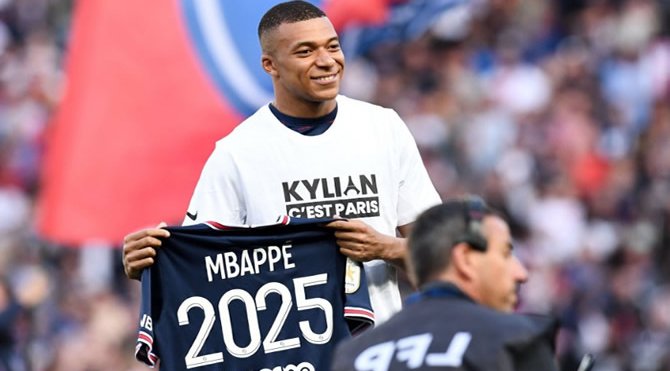 French president Emmanuel Macron has admitted that he urged Kylian Mbappe to stay at PSG and reject Real Madrid.

The president of France, Emmanuel Macron, has finally admitted in an interview with the French sports publication L’Equipe that he had put pressure on Kylian Mbappe to stay at Paris St Germain. It had been deemed a foregone conclusion that the young footballer would sign for Real Madrid.

“Yes, it is true that I had a conversation with Kylian Mbappe before he made a firm decision about his future”, admitted President Macron. “I advised him, in a totally informal way, to continue in France. I think it is my responsibility, as president, to defend the country”, Macron concluded.

A declared fan of Olympique de Marseille, Macron clarified that he was not involved in any transfer dealings. He said that he is just a fan like any other, who likes to watch beautiful football and support a specific team.

After announcing his renewal, Mbappe assured that he communicated ‘often’ with the president of the French Republic and that Macron had personally urged him to stay. This was something that, according to the player, made him understand that his continuity in the country, and at PSG, transcended sports.

After twelve months of tense discussions between Mbappe and officials from the two Spanish and French clubs, he rejected Real Madrid’s offer. He decided to stay in Ligue 1 with PSG, where he will be under contract until June 2025.

In signing a new deal with the Paris club, Mbappe has become the highest-paid footballer in the world. Not only that, but it is believed he has been given a position where he can have a say, and a vote, in all decisions made by the French champions, including sports planning.

Mbappe clearly realised that renewing his contract with PSG was not just about the reputed €50million nett deal, plus another €100million signing fee. His future has gone beyond the money or the sporting side of things, with the youngster suddenly becoming one of the most influential voices at the club.