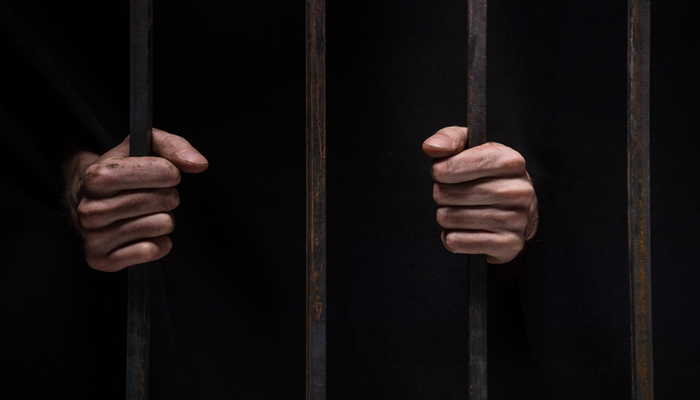 FSB officers took a cancer-stricken Russian scientist from his hospital bed in Siberia to prison in Moscow, where he died two days later.

A 54-year-old Russian scientist was allegedly dragged from his hospital bed on Thursday, June 30, by Federal Security Service (FSB) officers to be flown to a prison in Moscow. This was reported on the tayga.info news website, according to the Moscow Times.

The outlet also reported a search being carried out in the scientist’s home, and various items being removed. Dmitry Kolker was apparently arrested for committing high treason while lying in his sick bed receiving treatment for stage four of pancreatic cancer.

Thank you all for your love and support- hope you are in peace my beloved brother and your torturers can no longer devour your beautiful soul. We miss you terribly and cherish your memory. RIP, Dima Kolker https://t.co/axYu5nOo22

“They took a sick man, who was practically dying and feeding through a tube in his vein, from a private hospital,” Dmitry Kolker’s son Maxim told media.https://t.co/IIZ9vrPXsU

He was taken from the hospital in Novosibirsk, Siberia, to Lefortovo prison. A telegram was received by Maxim Kolker and his sister Alina Mironov on Sunday, July 3, informing them of Kolker’s death at 2:40am the previous day. No cause of death was given.

His lawyer Alexander Fedulov, reported: “He died yesterday. Tomorrow we will lodge a complaint about his detention”.

🧵 The FSB has murdered a quantum scientist in Russia.
Telegram from prison administration to Dmitry Kolker's family:
"Informing that, inmate at Detention Center-2 FSIN, Kolker Dmitry Borisovich, born 1968, on July 2, 2022, was delivered to GKB-2 (medical center), died at 02:40." pic.twitter.com/jB2CPtyYPE

The scientist’s family believe that mistreatment by the FSB officers could be partly to blame for his death so soon after leaving the hospital facility. Based in Novosibirsk State University, Kolker was widely regarded around the world as an expert in the field of lasers.

One of his students from the university tweeted:

I ask all my international colleagues to retweet.
The last moments of the life of a remarkable scientist depend on the publicity. Urgently!

Dmitry Kolker was detained on charges of high treason. He has been diagnosed with stage four cancer. (1 / n)

This resulted in his being accused of being in league with security services from China. He always vehemently denied this accusation, which is punishable by up to 20 years in prison.

His son, Maxim Kolker told the media of a trip his father made to China: “There was an FSB officer with him everywhere, who flew with him to China, forbidding him to speak in English and to give the lecture in English”.

At the time of his detention, Kolker was unable to undergo chemotherapy because his body was too weak. Medical authorisation to remove him from his bed and take him to Moscow had been approved according to the FSB.

Whether by coincidence, or if they are linked, it is unclear, but shortly after Kolker’s detention, another scientist was arrested in the exact same Siberian city.

Antoly Maslov was also transported to Moscow’s Lefortovo prison. He was working at an institute of theoretical and applied mechanics, and was the chief scientist. According to sources, Maslov has been accused of sharing hypersonic state secrets with a foreign power, again believed to be China.

Novosibirsk scientist Dmitry Kolker, pulled out of hospital 7am on 30 June, arrested for suspected state treason & flown to Moscow died on 2 July. ‘They killed my father. Thank you country’, said Dmitry’s son. Video of Dmitry playing Dieterich Buxtehude Toccata in Dminor in 2018 pic.twitter.com/RZhM7ujZN8