Grant Shapps announces his bid for the Conservative Party leadership 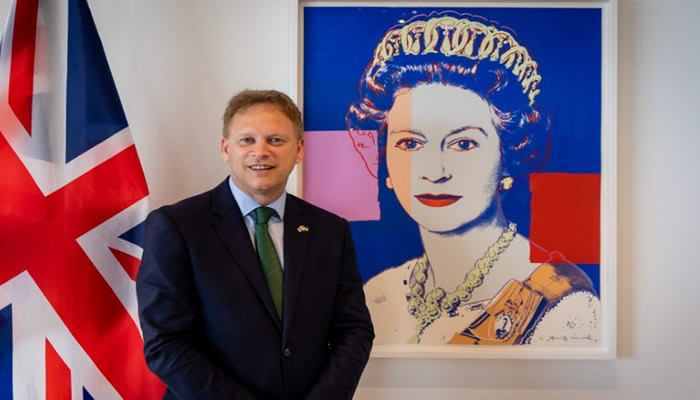 Transport Secretary Grant Shapps has officially launched his bid to become the leader of the Tory party.

Grant Shapps, the current Transport Secretary, has today, Saturday, July 9, launched his official bid to become the leader of the Conservative party in Great Britain. Should he be successful then he said his plan is to end “tactical government by an often distracted centre”, according to The Sun.

Following the resignation last Thursday, July 7, of Boris Johnson as Prime Minister, the race is now on to see who the next leader of the Conservatives will be. Former Chancellor Rishi Sunak was the first minister to declare their intent to run for the vacant post yesterday, Friday, July 8. He vowed to “restore trust, rebuild the economy and reunite the country”.

Speaking with the Sunday Times, Mr Shapps said: “I have not spent the last few turbulent years plotting or briefing against the Prime Minister. I have not been mobilising a leadership campaign behind his back. I tell you this: for all his flaws – and who is not flawed? – I like Boris Johnson”.

“I have never, for a moment, doubted his love of this country. It is easy to criticise Boris after keeping one’s head down for years while being happy to benefit from his patronage. I am glad that I did not do that. Even as the skies darkened over his premiership, often because of errors committed by him, I hoped he could pull it back. Because in losing him, we would lose a man who makes a unique connection with people” he added.

Kemi Badenoch, Suella Braverman the Attorney General, and Tom Tugendhat, have also thrown their hats into the ring and joined the race. There has been no mention yet of the other heavyweight potential runners, including Liz Truss, Sajid Javid, Jeremy Hunt, and Nadhim Zahawi, all of whom are expected to launch a campaign.

A YouGov poll suggested that Defence Secretary Ben Wallace was the clear favourite among Tory party members, but earlier today he announced that he was not going to run. Rishi Sunak was made joint-favourite by the bookies earlier this week, along with Penny Mordaunt.