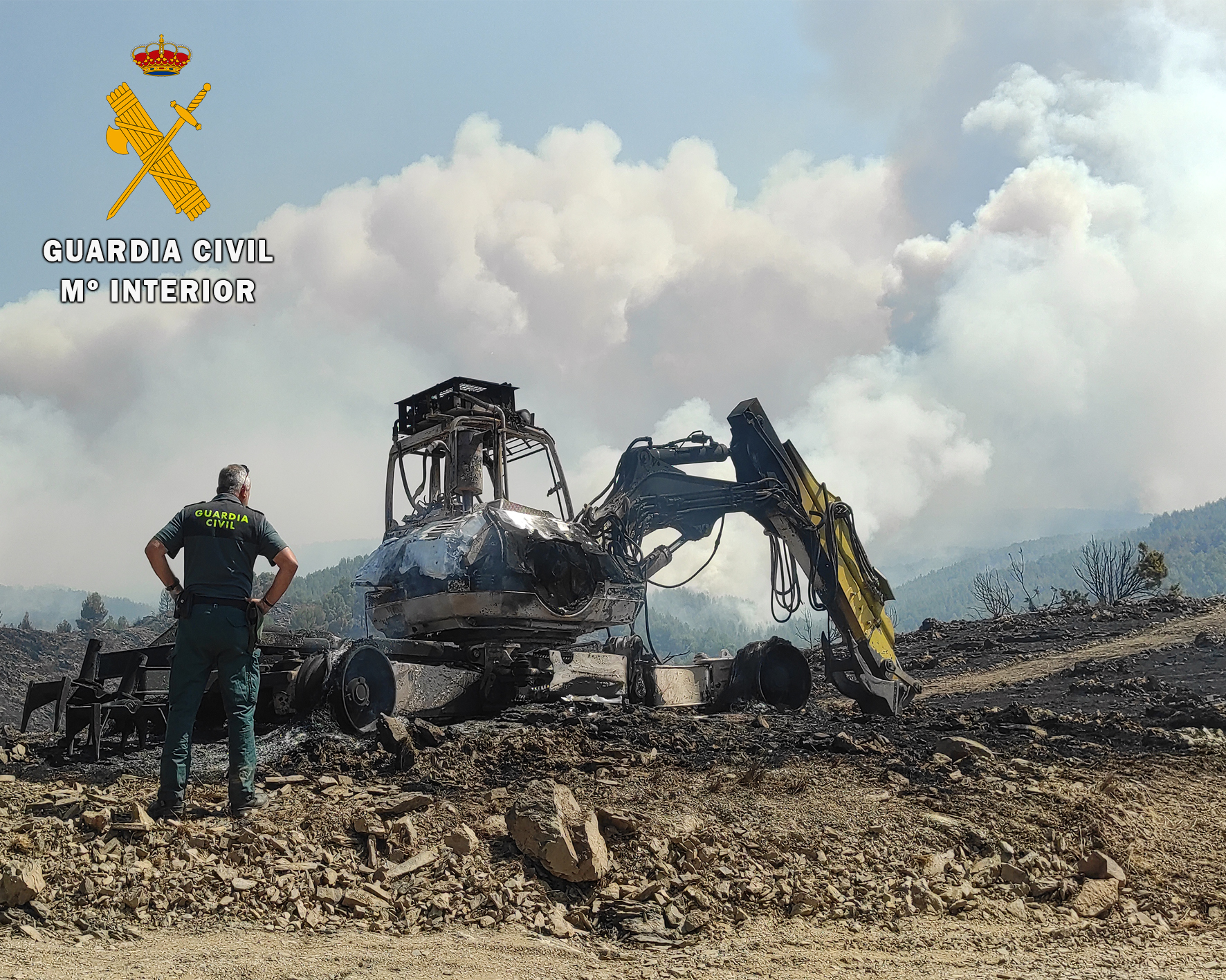 The latest Guardia Civil investigation has shown that the Zaragoza wildfires were sparked by reforestation work in the area, as reported on Monday, August 8.

Five people have been investigated over the Zaragoza reforestation work that caused the wildfires that affected nine municipalities in the province, burning more than 10,000 hectares of forest and forcing the eviction of 1,700 residents of four towns.

After learning of the incident, the specialists of the Nature Protection Service (SEPRONA) of the Zaragoza Civil Guard began an investigation to clarify the causes and circumstances in which the fire occurred, as well as the possible existence of responsibilities on the part of the persons or companies involved.

Once the exact point where the fire started was located and a study of its evolution was carried out, the Guardia Civil gathered numerous data and statements and obtained different indications that allowed them to determine that the fire had been caused by the blower of a backhoe machine working in the area hitting against a stone.

As a result of the various checks carried out during the investigation, the SEPRONA specialists determined that there may have been serious negligence on the part of the person who was operating the machine and the companies that were directing and supervising the reforestation work.

In total, five people have been investigated and the corresponding proceedings have been carried out, which will be handed over to the Court of Instruction of Calatayud and the Provincial Prosecutor’s Office for the Environment.

The Guardia Civil recommends refraining from activities that may involve the risk of fire, as this could be a serious criminal offence, in addition to the serious consequences that forest fires usually have for people, property and the environment.

The news follows reports of acts of arson declared after the huge fires raged near the roadside in Ourense’s Verin in Spain’s Galicia.