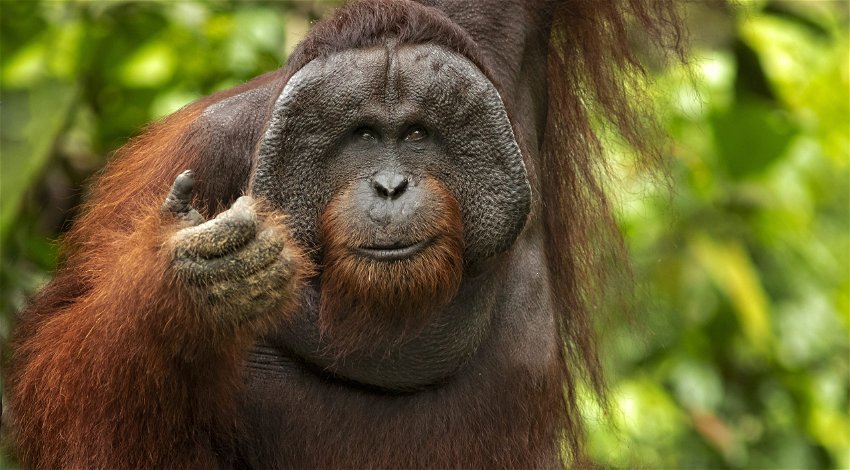 Update 13.24 (August 16) The captive orangutan has seen Chile’s Supreme Court reject the appeal for its human rights, as reported by Interspecies Justice Foundation who stated:

On Wednesday, August 10, the Supreme Court rejected the appeal filed by the Interspecies Justice Foundation (FJI) against the decision of the Court of Appeals of San Miguel, which declared inadmissible the amparo – or habeas corpus – presented in favour of the Bornean orangutan “Sandai”, held in captivity at the Parque Zoológico Buin Zoo S.A.

The Supreme Court’s decision was based on the fact that article 19 of the Constitution of the Republic establishes that “The Constitution ensures to the people…” (sic), and that in accordance with the dictionary of the Royal Spanish Academy, the term “person” refers to “every individual of the human species”, thus confirming the decision of the Court of Appeals of San Miguel on July 27.

In addition to the above, the Supreme Court ordered the Livestock Service (SAG) to adopt all appropriate measures to ensure that the Buin Zoo complies with the legal regulations concerning Sandai, specifically, “that the deprivation of his liberty does not cause him suffering and any other alteration of its normal development, verifying that they have the appropriate facilities for his species, avoiding all mistreatment and deterioration of his health”.

Thus, the Supreme Court has recognised that Sandai, the orangutan is deprived of its liberty at the Buin Zoo, but that the emergency action brought on his behalf is inadmissible, given that he is not a person.

In response to the decision, the Fundación Justicia Interespecie stated that:

“We regret the decision of the Supreme Court. We believe that the highest court of the country, by denying the possibility of the matter being heard, has lost a historic opportunity to place itself at the forefront of global animal law and to demonstrate to all citizens that the current Constitution could have been interpreted in a dynamic way in order to recognise these new realities and social demands.”

Furthermore, they pointed out that “in addition to the above, we believe that the Supreme Court has
ignored one of the inherent qualities of habeas corpus, insofar as it is an action that, in different historical moments has been admitted in defence of the interests of individuals who have been placed outside the law, and who have even been considered as chattel, as in the case of slaves, some political prisoners, and even women and children.”

With regard to the scope of the term “person”, used in the ruling, the Foundation regretted that “the Supreme Court has used a dictionary to determine the scope of such an important legal institution as “person” or “personality”, leaving aside thousands of years of discussion and legal and philosophical
evolution on the subject, which is technically baffling.”.

“While we agree with the Court’s finding that Sandai is deprived of his liberty in the Buin Zoo, we disagree with the Supreme Court, insofar as it disregarded Sandai’s status as a non-human person.”

“In this sense, we believe that liberty constitutes an attribute or interest that is of individuals, of persons, since it is based on their dignity or inherent interests, of which Sandai is also a holder”, the
foundation responded to the ruling.”

“We appreciate the fact that the Supreme Court has ordered SAG to adopt a series of appropriate measures to ensure that Buin Zoo complies with the legal regulations regarding Sandai.”

“Thus, the SAG will have the duty to verify that the deprivation of liberty affecting Sandai does not cause him suffering, that it does not cause an alteration in its normal development, and that the Buin Zoo has adequate facilities for his species.”

“However, according to the information we have, we believe that these requirements seem to be difficult or downright impossible to meet.”

“Therefore, we will remain vigilant with regard to the measures that both SAG and Buin Zoo may adopt for this purpose”, concluded the Foundation.

Chile’s Interspecies Justice Foundation legal rights case for a captive orangutan was dismissed, by the San Miguel Court, as reported on Monday, August 1.

Update 10.52.am (August 1) Speaking on the incident the association stated:

“From Fundación Justicia Interespecie we regret yesterday’s Court of Appeals of San Miguel dismissal of the case in connection with the lawsuit filed on behalf of Sandai.”

“The Court has refused to hear the case and our arguments. We wonder if the Court of Appeals also was unwilling to examine and consider the reports submitted by 21 international experts in the fields of law,
philosophy, primatology and biology, who asked to be considered as amicus curiae – or friends of
the Court – and who advocate for Sandai’s freedom as a non-human person and subject of rights.”

“Among these authorities, the prestigious American biologist and ethologist Marc Bekoff has declared that “Sandai’s body language reflects a depressed, defeated and vulnerable emotional and psychological state, which is normal if we consider the conditions in which Sandai is being kept.”

“And it is very likely that in the future he may self-harm as well as develop stereotypes”. Due to the above, the legal team of the Foundation is studying the steps to follow with the intention of continuing in this unprecedented process, in order to obtain a favourable decision for Sandai, considering his best interest as an individual.”

Original 11.12.am  (July 28) Chile’s Interspecies Justice Foundation has filed a legal rights case for a captive orangutan, in the nation’s first “Habeas Corpus” in favour of a non-human animal.

The action, brought before the Court of Appeals of San Miguel, is directed against SAG and Buin Zoo, and seeks to have Sandai declared a non-human person, subject of rights, and to agree to his transfer to a large primate sanctuary in Brazil.

The move is supported by 21 international animal rights experts, and is asking the Court to grant Sandai’s release.

A “Habeas Corpus” is a recourse in law through which a person can report an unlawful detention or imprisonment to a court, leading to the court ordering the prisoner to be brought before a tribunal to judge whether the detention is lawful.

In Ecuador the decision came after an investigation into the death of Estrellita, a woolly monkey who was taken from the wild and kept as a pet.