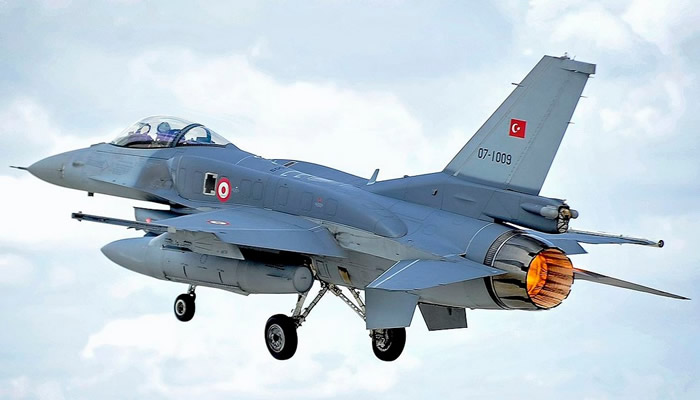 Tensions have risen in the Mediterranean after Turkey accused Greek air defences of ‘locking on’ to a squadron of F-16 jets flying in international airspace.

As reported by Turkey’s Anadolu News Agency on Sunday, August 28, tensions are high in the Mediterranean after an incident that occurred last Tuesday, August 23. According to Turkish Defense Ministry sources, a squadron of Turkish F-16 jets was ‘radar locked’ by Greek air defences.

The incident allegedly occurred in international airspace while the aircraft were flying over the Aegean and Eastern Mediterranean on a routine mission. They suddenly became aware that an S-300 air defence system on the Greek island of Crete had ‘locked onto’ them.

This action, according to the NATO rules of engagement, is one of hostility claimed the ministry source, on condition of anonymity. “Despite this hostile act, the planes completed their planned missions and returned to their bases safely”, confirmed the source.

Turkey and Greece of course have a history with one another. The ministry source was quick to point out that the Turks had been criticised in the past for purchasing these Russian-made S-400 defence systems, yet nothing had been said about Greece doing the same.

In recent months, Greece has been accused by the Turks on several occasions of similar occasions involving provocative actions toward its warplanes while conducting flights in the region. The Turkish source insisted that it was “against the principles of the NATO alliance”, for one member to carry out this act of ‘locking on’ to the jets.

The Turks have claimed that such moves frustrate the country’s efforts to keep peace with the Greeks. Having been a member of NATO for more than 70 years, Turkey complained that all they received was the same rhetoric each time from Greece when addressing these incidents in the Mediterranean.

Turkey only turned to Russia for the state-of-art S-400s after the US refused to sell them air defence systems in 2017. At the time of purchasing the Russian-made weaponry, their deployment by the Turks was opposed by US officials. They claimed that the system would be incompatible with those of NATO.

In response, the Turks insisted that the S-400s would not pose any threat to the Alliance because they would not be integrated into NATO’s systems. Turkey even proposed that a commission be set up to clarify this issue.