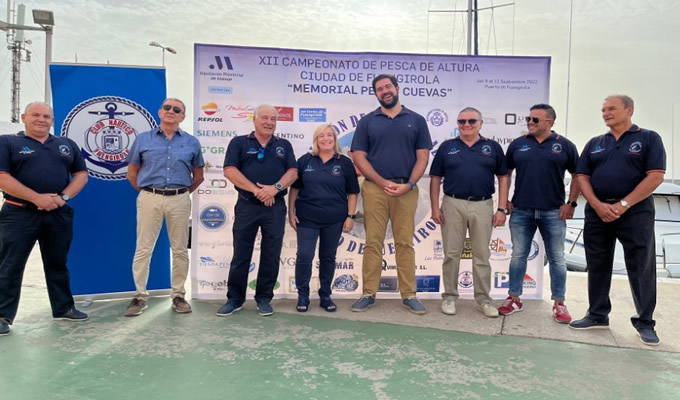 20 boats will participate in the XII Deep-Sea Fishing Championship in the Malaga town of Fuengirola from September 8 to 11.

As announced by Fuengirola Council on Tuesday, August 30, 20 boats from different parts of the national territory will meet from September 8 to 11 to celebrate the XII ‘Ciudad de Fuengirola Memorial Pedro Cuevas’ Deep-Sea Fishing Championship.

This is an annual initiative organised by the Deep Sea Fishing Association of the Malaga town, in collaboration with the Council, the Provincial Council of Malaga, and the Fuengirola Yacht Club.

Maria Hernandez, the councillor for Sports, explained that: “It is a fishing contest that this year reaches its twelfth edition and although it could not be held in 2020 due to the pandemic, last year we were able to celebrate it with good participation. This year we will have about 20 or 25 boats, we hope that the weather is good and that they make good catches”.

Hernandez thanked: “Both the Provincial Council and the Nautical Club, the Sports Port, the Deep-Sea Fishing Association as well as all the sponsors who make it possible for this championship to be organised in Fuengirola. Since its last edition, it bears the name of Pedro Cuevas and that is a great tourist-sports attraction for our town”.

Borja Vivas, the Sports Director of the Provincial Council, pointed out that the institution: “has been helping since the first edition of this championship because in a province that faces the sea like Malaga we have to promote nautical sports. Above all, this type of modality does not have as much impact as we would like, and we have to support the institutions”.

“The activities begin on Thursday, September 8, with the skippers’ meeting, which is where the conditions that we are going to have during the championship are established. Later we will have a reception with all the participants”, explained Placido Antequera, president of the Fuengirola Deep-Sea Fishing Association.

He continued: “The next day, at 7am, we offer breakfast for all the crews of the boats and at 8am we will give the departure for the boats. They will return at around 7pm and proceed to weigh the catches in the central square of the marina. The next day the same routine is repeated, and on Sunday, around 1:30pm, we will have lunch and the awards ceremony, which will be held at the Las Palmeras Hotel”.

Trophies will be awarded to the top three finishers, and there will also be prizes for the largest piece, a special prize for the largest marlin, and for the first catch made during each day of the competition.