Clean and sober Eminem opens up about addiction struggles 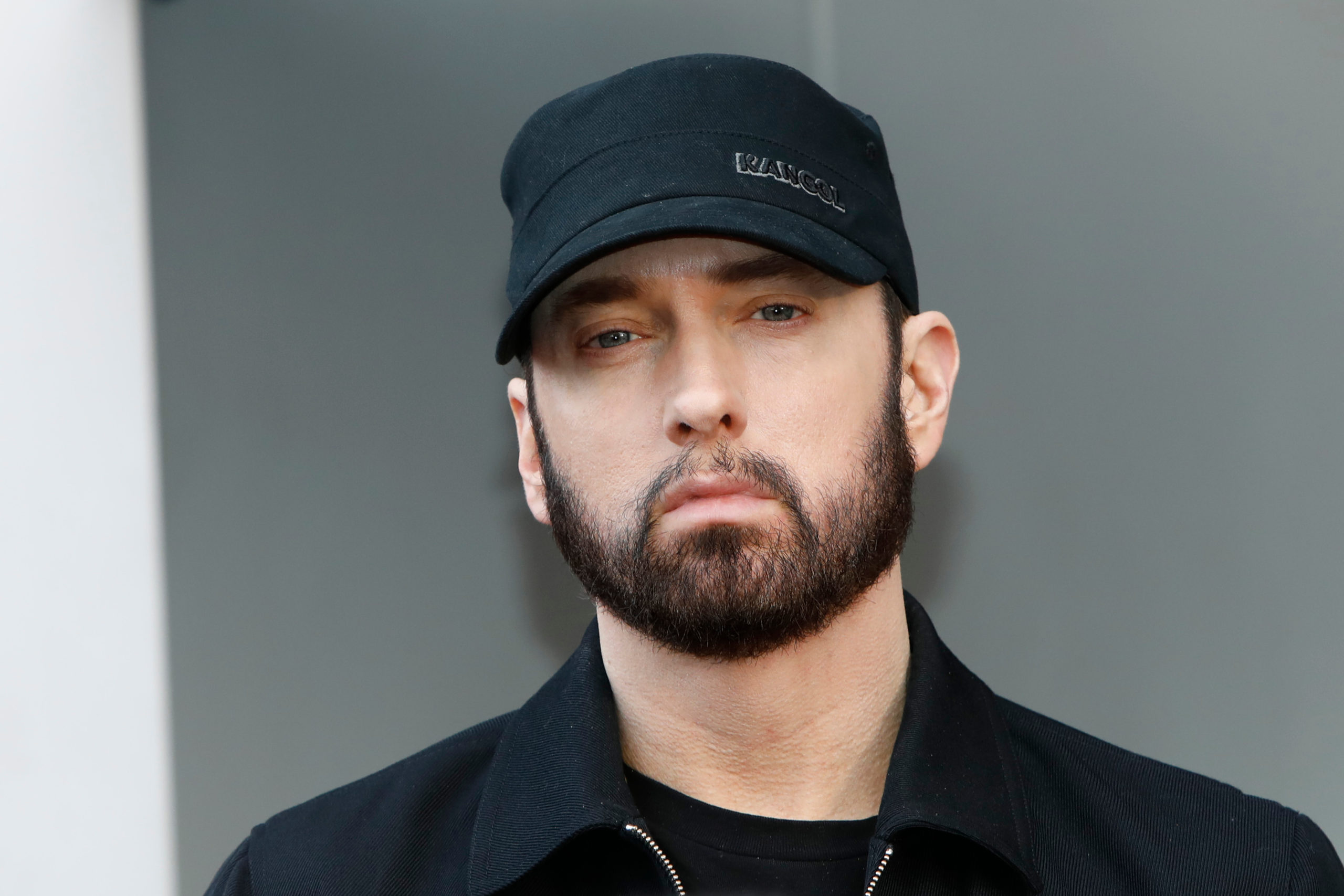 EMINEM has been chosen to be on the cover of XXL magazine as it celebrates its 25th anniversary and he opened up about his past battles with addictions as he celebrates over 14 years of sobriety.

Eminem, one of the most successful artists of all time, has opened up about his past battles with addictions and revealed how they nearly killed him.

Speaking to XXL magazine on their 25th anniversary, Marshall Mathers revealed that he didn’t do many drugs or drink much before he got signed by Dr Dre.

“My addiction didn’t start in my early days when I was coming up,” he said.

“We used to drink 40s on the porch and just battle rap each other. My drug usage started at the beginning of that first album. I didn’t take anything hard until I got famous. I was experimenting. I hadn’t found a drug of choice.

“Back then you went on tour and people were just giving you free drugs. I managed it for a little while. And then, it just became, I like this stuff too much and I don’t know how to stop.”

As mentioned, Eminem said “everything suddenly changed” after he signed with the legendary beatmaker back in early 1998.

“Drugs became a part of the way I was living my life once I got signed.”

The Detriot hip-hop star shared a story: “When I first came out to L.A., me and some guys I was hanging out with used to go to Tijuana and we would buy drugs.

“Vicodin and that kinda stuff. I don’t know how many times we did it, but it was so easy to go back and forth to do it.

“The last time we went, we’re second in line and this dude in front of us starts arguing with the guy in Customs, and they throw him down on the ground and start pulling pills out his pockets. We were scared, but we got through.

“And when I say we had the motherlode. Our pants were frickin’ stuffed with pills. I don’t know how many we had.”

Eminem, who was recently thrust back into the spotlight after former G-Unit stable member The Game released a diss track on him, said that if that airport experience had gone wrong his career may not have ever happened.

“Obviously, if I ended up in jail, the album probably wouldn’t have come out and nothing with my rap career would’ve ever happened.

“I would’ve been done right then. So, it should have been one of the first signs to me, but I never thought that I had a problem.

“I just really, really liked drugs. As I started making a little money, I could buy more of them,” the 49-year-old said.

The rapper, who recently paid tribute to murdered rap battler Pat Stay, revealed that when The Source battle was going on with 50 Cent is when he was really “starting to battle addiction.”

“People obviously didn’t know it yet, but I was starting to realise inside that it was happening, and I always tried to keep it on the low and keep it together as much as I could,” he said.

He added: “I was able to downplay my addiction and hide it for a while until it got really bad. And also, at that time, so much stuff was happening with the whole 50 beef with Ja Rule.

“We started feuding, going back-and-forth, and I’m making all of these diss records. So, I’m coming off The Marshall Mathers LP and going into Encore when my addiction started to get worse.

“I was taking Vicodin, Valium and alcohol. I kinda fell off the map a little bit and didn’t explain why I went away. I remember things started getting really, really bad when me, 50 and G-Unit did BET’s 106 & Park. We performed “You Don’t Know” on the show and then we did an interview afterwards.

“That’s when the wheels started coming off. One of the hosts was talking to me and I could not understand a word she was saying. 50 had to cover for me and answer every question.”

“Then I started taking Ambien on top of everything else. I would take a little to perform, which you would think doesn’t make sense, but Ambien is a mind eraser,” he continued.

“That’s when everyone around me knew, “He’s messed up. Something’s wrong with him.”

BREAKING: Eminem gives rare interview in his own words on his career, battle with addiction and why he's going to keep rapping

Taking time to reflect the ‘Lose Yourself’ singer said: “When I wrap it up in a nutshell, I realise that all the heaviest drug usage and addiction spanned only about five years of my life.

“It’s crazy for me to think back. It felt like a long time when it was happening, but looking back at it now, it wasn’t that long of a time for my problem to explode as it did.

“Then the thing happened with Proof and my addiction went through the roof. I remember just after Proof died, I was in my house by myself, and I was just laying in bed and I couldn’t move and I just kept staring at the ceiling fan. And I just kept taking more pills.

“I literally couldn’t walk for two days when that happened and eventually my drug use skyrocketed. I had 10 drug dealers at one time.

“Seventy-five to 80 Valiums a night, which is a lot. I don’t know how I’m still here. I was numbing myself.”

He added: “I remember a few months after Proof had passed, I was about to use the bathroom, and all I remember was I just fell over.

“The next thing I remember was waking up with tubes in me, and I couldn’t talk. I couldn’t do anything. I didn’t understand where I was and what happened.”