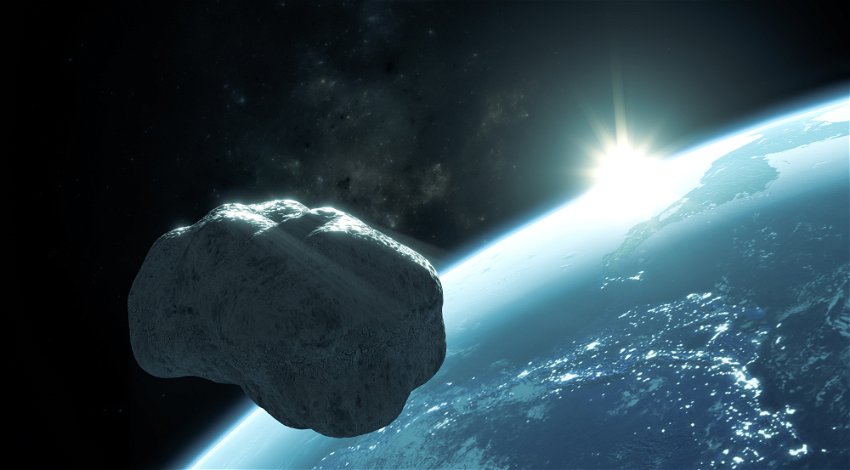 07:15(September 27). NASA has successfully carried out the first test of its earth defence system smashing a spacecraft into an asteroid seven million miles from Earth.

A final image shared by the craft showed the surface of the asteroid seconds before the 15,000 mph (24,000 km/h)  impact, which scientists hope will slow the speed of the asteroid down by just o.4mm per second. That they say will have a measurable effect on the asteroid’s orbit, which is all that would be needed to protect the earth from a similar collision.

NASA will now watch the asteroid to measure the impact of the collision, which they say will give them all the data they need to develop the system further so that it could be used to protect the earth in future.

An engineering feat, NASA has proven that it is able to direct a collision of this sort so far from the earth using its sat-nav system. Although the risk is low with 95 per cent of the asteroids that could pose a threat to humanity already mapped, NASA believes there are many more that they have yet to find and these could in time pose a real danger.

IMPACT SUCCESS! Watch from #DARTMIssion’s DRACO Camera, as the vending machine-sized spacecraft successfully collides with asteroid Dimorphos, which is the size of a football stadium and poses no threat to Earth. pic.twitter.com/7bXipPkjWD

12:57 (September 26). NASA is going to the movies but this time for real as it prepares to test its Armageddon earth defence system.

The system will be tested by NASA on Monday, September 24 in scenes reminiscent of movies like Armageddon, Deep Impact and Judgement Day.

Double Asteroid Redirection Test (DART) is the system that NASA will use to try and redirect an asteroid that is orbiting another moonlet known as Dimorphos, in a scene directly out of Hollywood.

DART was launched last November and has made its way towards the asteroid at 14,000 mph (22,500 km/h) and is due to impact the asteroid today some seven million miles (11 million kilometres) from earth.

Although neither poses any danger to earth, NASA has deemed it necessary to conduct such a test to enable earth to protect itself in the event of any such threat. Many scientists believe that an asteroid that collided with earth wiped out the dinosaurs, and NASA is determined to try and protect humans from such an extinction event.

DART is roughly the size of a car and will impact the asteroid which is about the size of two statues of liberty at around 7:14 pm Eastern Time (23:14 GMT and 24:14 CET).

NASA will be live streaming the event for anyone who is up at that time of night, with the plan to redirect the orbit of the asteroid. NASA believes that in the event of any danger posed to earth by an asteroid, the ability to change its path will be key to our survival.

The event will be watched from satellites as well as the James Webb telescope, whilst a European Space Agency mission four years down the line called Hera arrives to survey Dimorphos’ surface and measure its mass.

Few asteroids are believed to be of risk to earth, but NASA’s Thomas Zurbuchen says: “I guarantee to you that if you wait long enough, there will be an object.”

The world will be watching as NASA goes to the movies to test is Armageddon earth defence system.