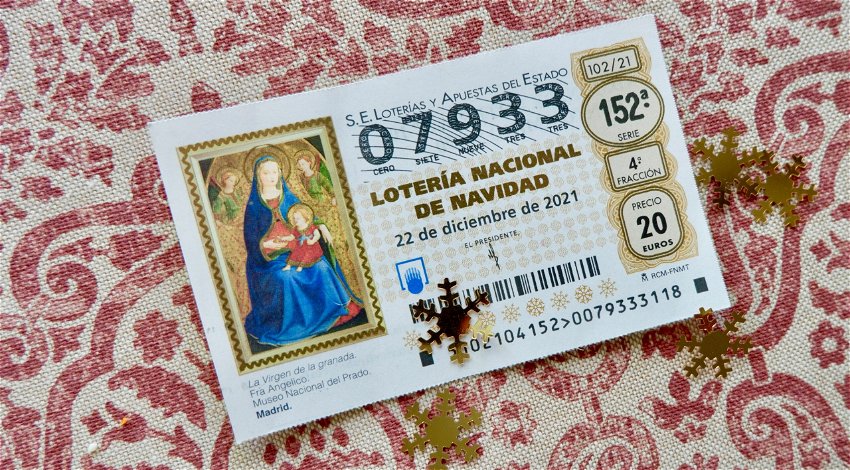 A WARNING has been given to those playing the Spanish Christmas lottery about how to avoid accidentally buying fake tickets in Andalucia.

González explained that in the online option, the electronic receipt has the same validity as the tenth (el décimo) on paper and that keeping it is “fundamental to avoiding its loss or deterioration, thus avoiding possible inconveniences when collecting a possible prize.”

The board has warned of possible scams, urging all emails or mobile messages informing the user that they have won a certain prize should be deleted.

If a ticket is lost, the person must file a complaint with the National Police or the Civil Guard, along with evidence such as photographs or photocopies with which the validity can be confirmed, reports El Correo.

Those who take part in a lottery syndication with friends, family, or work colleagues, are advised to make a photocopy of the original, which includes the data (name and ID) and signatures of the participating people, their specific participation, and the amount that each person plays.

A winner of less than €2,000 may be collected from the next day in the lottery administration. If the prize has been equal to or greater than €2,000, the winner must go to an authorised financial institution.

If the prize is shared, the tax-free amount will be calculated based on the people who share it, applying the exempt limit for each of them. When collecting, winners must identify each person who shares the prize.

Last month lottery players went wild after a psychic made his predictions about the winning ticket number, which will net its owner a cool €400,000.

Luis ‘El Oraculo’ also offers three predictions that could be lucky to lottery players on December 22.

The clairvoyant uploaded a video to TikTok with details of the Christmas lottery (Loteria de Navidad) ticket number that he believes will bring luck to players.