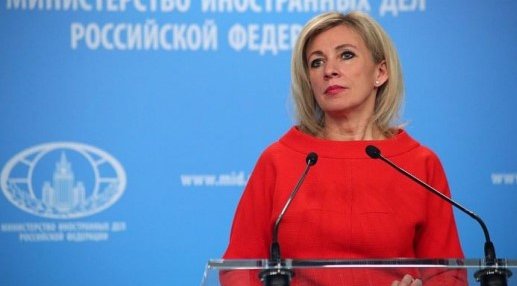 In an interview with the Christian magazine America – published on Monday, November 28 – Pope Francis said that the inhabitants of two Russian regions – Buryatia and Chechnya – displayed the greatest cruelty during the conflict in Ukraine. His comments led to strong condemnation from the Foreign Ministry’s spokeswoman, Maria Zakharova.

“When I talk about Ukraine, I talk about brutality, because I have a lot of information about the brutality of the troops there. As a rule, the cruellest Russians are those who are not close to the Russian tradition, such as Chechens, Buryats, and so on”, Francis said to the publication.

He did insist that he often tries not to specify names and specific personalities so as not to offend anyone. On the second day of the war, the Pope recalled how he turned to the Russian embassy and announced his readiness to act as a negotiator between Moscow and Kyiv.

“Sergey Lavrov, the Minister of Foreign Affairs, replied with a very nice letter, from which I understood that this is not necessary yet”, Francis specified.

The pontiff added that the Vatican has always adhered to a peaceful position and strategy. “The position of the Holy See is to seek peace and mutual understanding. The diplomacy of the Holy See is moving in this direction and, of course, is always ready to mediate” Francis said.

Speaking during a round table meeting of the Federation Council, Zakharova remarked on the Pope’s words: “You have to be perverts of the truth”.

Alexei Tsydenov, the governor of Buryatia, commented: “Hearing an assessment from the head of the Catholic Church about the cruelty of specific nationalities – namely the Buryats and Chechens, protecting the civilian population – is at least strange”.

Servicemen from this region honourably fulfil their duty, protect the civilian population, and treat prisoners of war with humanity and mercy he added, as reported by gazeta.ru.

Tsydenov recalled that there were many cases in history when cities, countries, and populations were destroyed by those who considered themselves representatives of civilised nations. As an example, he cited the genocide of the indigenous peoples of North America, and the Crusades.

“There is no need to go far into history. The capital of a European state – the city of Belgrade – or the whole state of Libya were bombed without the participation of the Buryats, Chechens, and other peoples of Great Russia”, stressed the governor.

Posting on Telegram, Zakharova wrote: “When I speak of Ukraine, I speak of a people who are martyred. If you have martyred people, you have someone who tortures them. As a rule, the most brutal ones are probably those from Russia, but not of the Russian tradition, such as the Chechens, the Buryats, and so on”.

“It’s absurd that until recently, the West thought it was the other way around, and that the Slavs were torturing the Chechens, but now the position has changed by 180 degrees. Liberal humanists are playing with it”.

“I would like to remind our Catholic brothers that the Bible says all men have one Father. This is the beginning and end of all conversations that have any xenophobic, racist, nationalist, or other misanthropic overtones”.

“One more thing. What will the Vatican tell us about the martyrdom of the multinational Soviet people? Maybe it makes sense to first discuss Catholic penance for the 20th century for the Orthodox, and for Muslims for the many centuries before that?”.

“We are one family with the Buryats, Chechens, and others from our multi-ethnic and multi-confessional country. And together we will surely pray for the Holy See, each in his own way, but about the same thing: we wish them not to be led into temptation. Amen”.