$11 Million Raised: Big Eyes coin is set out for something remarkable in DeFi; could overtake Dogecoin and VeChain Token 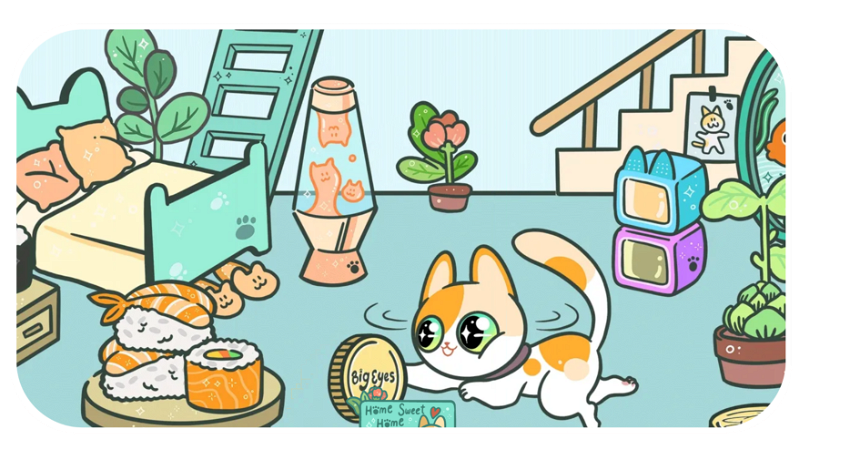 Recent reports coming from the Big Eyes community confirm that it has raised an estimated $11 million via presale — through the private token sale of its utility meme token, Big Eyes Coin (BIG).

Big Eyes Coin is a utility meme coin that has set out to rival leading meme coins like Dogecoin, Dogelon Mars, Shiba Inu, and so forth. Big Eyes Coin will power utilities, including cryptocurrency trading and NFTs, among many other protocols designated in its roadmap.

Asides from overtaking Dogecoin and other meme coins, its community believes it could also overtake VeChain Token (VET), which is the native token of the VeChainThor blockchain and VeChain ecosystem. Find out more about this in this article.

VeChain is a top-listed cryptocurrency based on its market capitalization. At the time of writing, it ranks in the top 30/40 cryptocurrencies based on crypto ranking data. However, VeChain’s unit price has not met traders’ expectations as the token lost a huge amount of its value to the crypto winter.

VeChain has been powering institutional crypto projects lately, and its partnerships are believed to likely create more demand for its utility token, VeChain (VET). A positive move in the market could trigger this clause and take VeChain back to its glory days, seeing it push new heights. However, no one is certain when the next bull season will kick off, and this remains a point of concern for a lot of crypto traders.

Big Eyes Coin is pretty new to the crypto market, and expectations about this meme token have been positive. Although meme tokens don’t often have significant values due to their inflationary token models — as it stands, VeChain is trading way below Dogecoin’s unit price, which is a good standpoint to tackle the potential VeChain–BIG rivalry.

Big Eyes Coin is predicted to beat Dogecoin in the market due to the combination of its utility and community backing. Big Eyes Coin’s presale has been successful, and its community believes that it could trade higher than Dogecoin and VeChain in the major markets. Big Eyes Coin will adopt a standard inflationary model according to information in its Whitepaper. This will help create scarcity on the token.

What Big Eyes Coin could bring to the Meme Token Universe 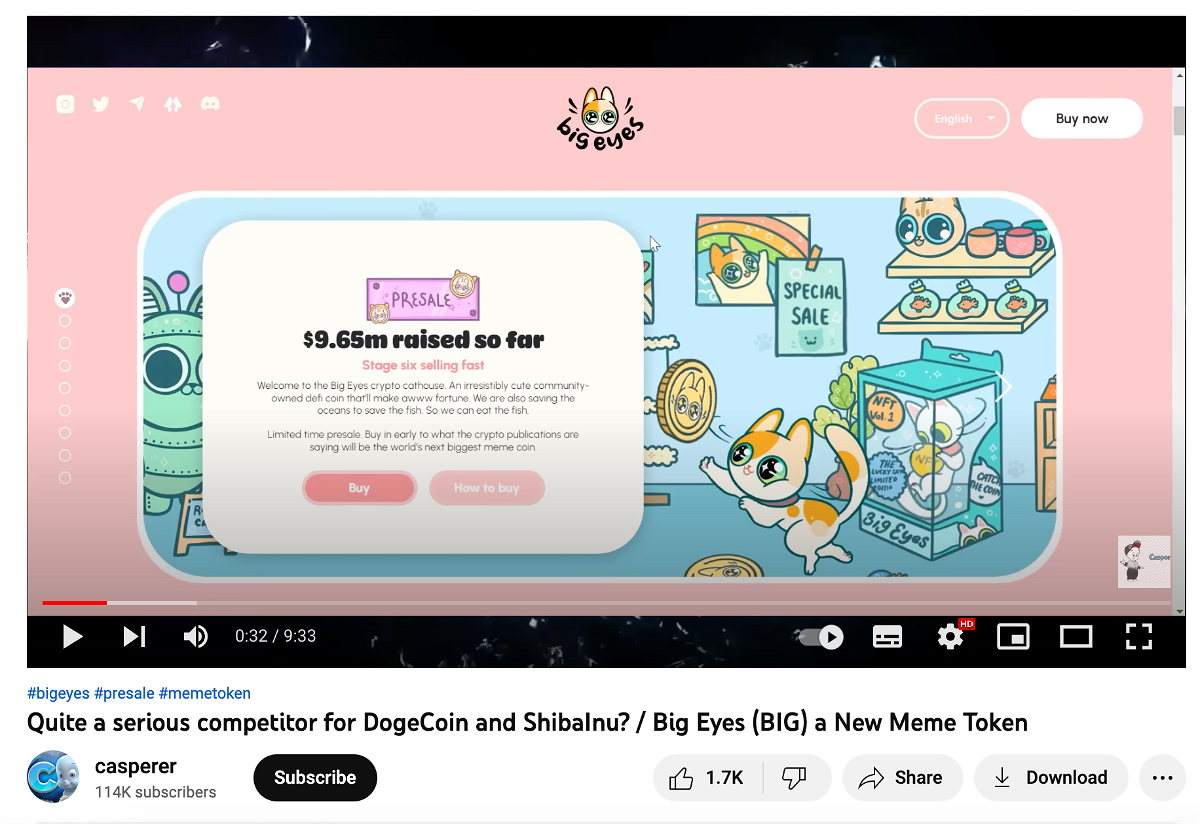 Big Eyes Coin is set to power the Big Eyes ecosystem, a fast-growing community-driven ecosystem set to attract liquidity through NFT and crypto trading. Big Eyes Coin’s community will be in charge of its future and decide what comes in and out of the ecosystem.

Big Eyes Coin will also be used to distribute rewards and fees to its community and society. A portion of the fees generated on Big Eyes will be used for charity purposes, including the preservation of our planet’s oceans. This is Big Eyes’ way of giving back to society.

You may join the Big Eyes community by buying its utility meme token or NFT via presale or through an exchange or marketplace. When purchasing BIG in its presale, make sure to use exclusive code BIGPRIZE62 in order to reap the benefits of bonuses and extra content!