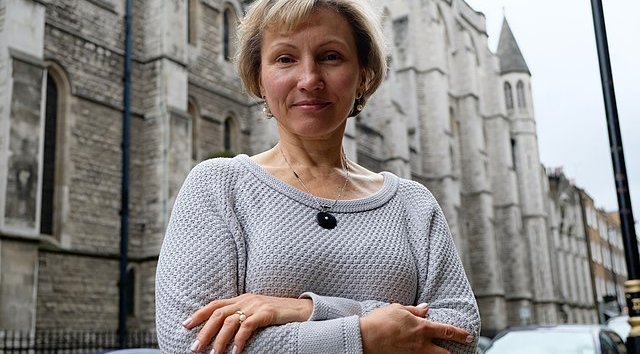 The son of Alexander Litvinenko who was infamously poisoned in London with polonium-210 has told the Observer that the Russian army tried to recruit him.

Anatoly Litvinenko confirmed the story with the Guardian on Sunday, December 4, saying that after Russian President Vladimir Putin sent orders to call up reservists, soldiers tried to recruit him.

The soldiers who came to his door seemed oblivious to who he was and were unaware of his tragic history with Vladimir Putin’s regime.

He said: “Around mid-October, almost a month after Putin called for the partial mobilisation in Russia, there was a knock at the door of the apartment of the Moscow flat registered as my official residence.

“The family friends who currently reside there opened the door and were greeted by two officers from the Russian military administration, who asked whether I was at home.

“They informed them that I had not been home in over 20 years.”

The story has arisen ahead of a new drama on ITV that covers the poisoning of his father at the hands of Russian assassins.

Due for release on December 15, Litvinenko is played by David Tennant and is based on the interviews with the police who conducted the investigation into the Russian’s death.

Anatoly and his mother, Marina, believe the series is an accurate account of events. She said: “I really wanted a drama to tell this story: a kind of justice, if we are to get no other real justice.

“I also believe that it may remind people, given what is happening now, of everything we missed, or did not pay enough attention to before.”

The person believed to have murdered Litvinenko, Lugovoi, has never been arrested or charged and remains free in his home country. However, the information collected by the police could be used to convict him if he was ever captured or extradited.

The four-part series covers the difficulties in the Met working with the secret service in London, which arose due to concerns it could affect cooperation with Russia in the fight against Islamist terrorists.

An international court found Russia under Putin’s leadership responsible for Litvinenko’s death. Lugovoi, the alleged killer, is now a politician and businessman, and a deputy in the state Duma, the lower house of the Russian parliament.

The story that the Russian army tried to recruit the son of the poisoned agent Litvinenko, unaware of his family’s history with the Putin and the government highlights the massaging of international news in the country.