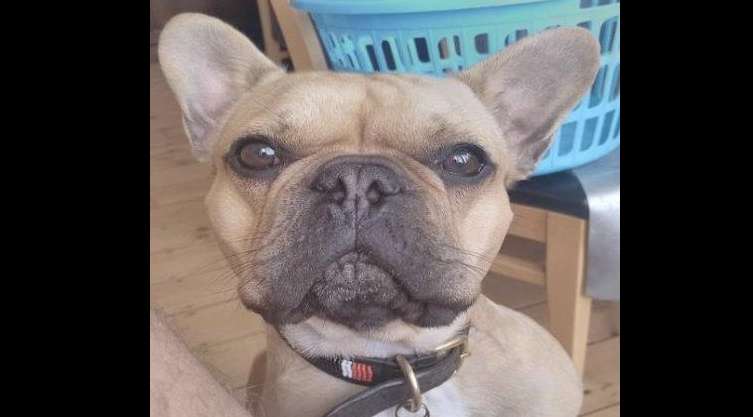 Criminal takes down his own organised crime group with photograph of his dog. Image: NCA

A CRIMINAL ‘mastermind’ managed to take down his own organised crime group by sending a photograph of his dog on the encrypted communications platform EncroChat.

A drugs trafficker helped investigators smash his own organised crime group by sending a photograph of his dog on the encrypted communications platform EncroChat which showed his partner’s phone number on the animal’s tag.

The National Crime Agency (NCA) shared the story on Facebook on Tuesday, December 6.

“Danny Brown, 55, operated on EncroChat under the handle ‘throwthedice’,” they wrote.

“He sent an image of his pet, named ‘Bob’, to co-conspirator Stefan Baldauf, 62, as they worked on a plot to send 448 kilos of MDMA worth £45m to Australia.”

They added: “National Crime Agency investigators zoomed in on the phone number and used it – among many other tactics in a painstaking investigation – to prove Brown was part of the conspiracy.

“Bob was present when Brown was eventually arrested.

“Brown and Baldauf also sent accidental selfies of themselves on Encrochat – giving investigators more proof they were involved in the plan, which saw the drugs hidden in the arm of an industrial digger and shipped to Australia.

“The OCG members sent the 40-tonne Doosan digger down under on the pretence of selling it.

“They organised an online auction to make the excavator’s arrival in Australia look legitimate. But they rigged it by agreeing a pre-arranged bid with the intended recipients.”

According to the NCA, the auction provided the OCG with a nervous moment when other potential buyers registered their interest in the digger.

Brown, Baldauf and Reilly were convicted in June at Kingston Crown Court of drugs trafficking with three other men.

The trio and their conspirators plotted in late 2019 and early 2020 to send the drugs, which were 77.5 per cent pure, to Australia where MDMA’s street value is much higher than in the UK.

The NCA led Operation Venetic – the UK law enforcement response to the takedown – which provided investigators with messages offenders had sent thinking the platform was safe from global law enforcement attention.

EncroChat users’ real names did not appear on phone messages – instead, they all used a ‘handle’ which investigators needed to attribute to real world suspects.

In one message, Brown, of Kings Hall Road, Bromley, Kent, sent a photo to his crime group of his television which showed his reflection in it.

And Baldauf, of Midhurst Road, Ealing, London, sent a picture of a brass door sign with his face visible in the reflection.

You can read more here:

Chris Hill, NCA operations manager, said: “These men thought they were safe on EncroChat but my officers did a superb and painstaking job of building the evidence against them through a mixture of traditional and modern detective skills.

“Brown and Baldauf’s accidental selfies and the photo of Bob the dog were the cherry on the cake in proving who was operating those handles.

“But the OCG went to enormous lengths, even rigging an auction, in a bid to transfer the drugs to Australian conspirators.

“The NCA works with partners at home and abroad to protect the public from the dangers of Class A drugs which wreak so much misery on communities in the UK.”