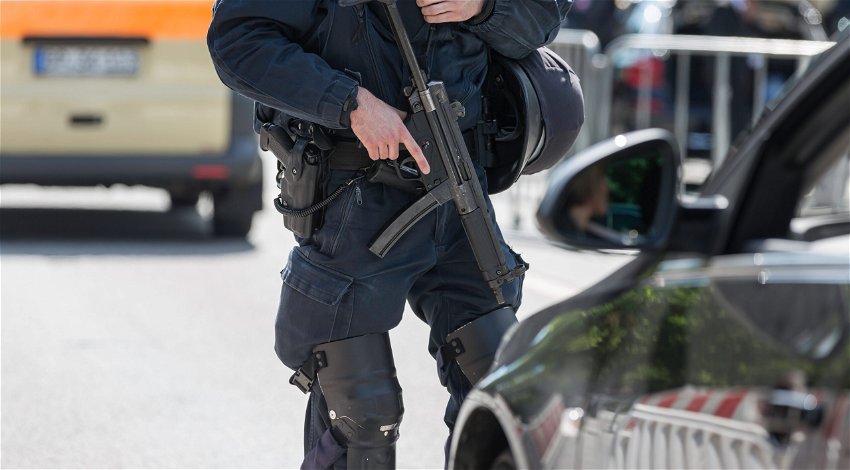 Police in Germany have arrested 25 members of an alleged far-right group believed to have been plotting an armed overthrow of the country’s government.

According to reports from the BBC, the far-right group, which included both current and former military figures and ‘minor aristocrats’, planned to storm the German parliament building – the Reichstag – in the capital of Berlin, and seize control of the country.

Federal prosecutors in the country have also named a 71-year-old ‘Prince’ as one of two alleged ringleaders of the group, believed to have been comprised of up to 50 men and women.

The BBC report said more than 3,000 police officers made arrests across 11 German states, raiding a total of 130 properties this morning (Wednesday, December 7).

Two arrests were even said to have been made in Austria and Italy as part of the ‘anti-terror’ operation.

The far-right group is said to include members of the ‘Reichsbürger’ or ‘Reich Citizens’ movement; an extremist group who reject the legitimacy of the modern German state and instead continue to recognise the German Reich, which existed between 1871 and 1918.

The Reichsbürger movement has long held the attention of authorities in Germany for violent attacks and conspiracy theories espousing racism and antisemitism.

The arrested members of the unnamed far-right group were said to have been plotting an overthrow of the Federal Republic of Germany, with plans to replace it with a state modelled on the German empire of 1871, called the Second Reich.

Germany’s Justice Minister, Marco Buschmann, Tweeted this morning that the operation had successfully defended democracy in the country.

He said: “Democracy is well defended: Since this morning, a major anti-terror operation has been taking place.

“The Federal Public Prosecutor is investigating a suspected terrorist network from the Reich citizen milieu.

“There is a suspicion that an armed attack on constitutional bodies was planned.”

The federal prosecutor’s office said the group had been planning a violent coup for over a year now, and members of its council regularly held meetings to discuss plans.

The group were also said to have made plans for their rule of Germany, with blueprints for departments of health, justice, education and foreign affairs all already having been established.

Members of the group understood that their overthrow of the Bundestag – Germany’s federal parliament – could only be achieved through violent means.

Investigators are thought to have gained knowledge of the group once the plot to kidnap the country’s Health Minister, Karl Lauterbach, was uncovered in April.

The abduction was believed to have been planned by a group closely linked to the Reichsbürger movement.

A ‘minor aristocrat’ known as Prince Heinrich XIII, who is thought to claim descent from the House of Reuss, was lined up to be the group’s leader following their planned armed coup; with a former member of far-right German political party AfD (Alternative for Deutschland) said to have been the group’s planned justice minister.

Some reports even stated that Prince Heinrich had contacted officials in Russia to discuss negotiating a new order once their planned overthrow of the German government had gone ahead.

Former and current members of the German military were also said to have been heavily involved in the coup plot in forming a ‘military arm’ of the group whose purpose would have been to ‘eliminate’ democratic bodies.

One of those under investigation is a member of the German Special Command Forces, with police having searched his home and room at the Graf-Zeppelin military base in Calw in southern Germany.