Air pollution in England can increase heart disease and strokes and needs to be reduced, Chris Whitty says 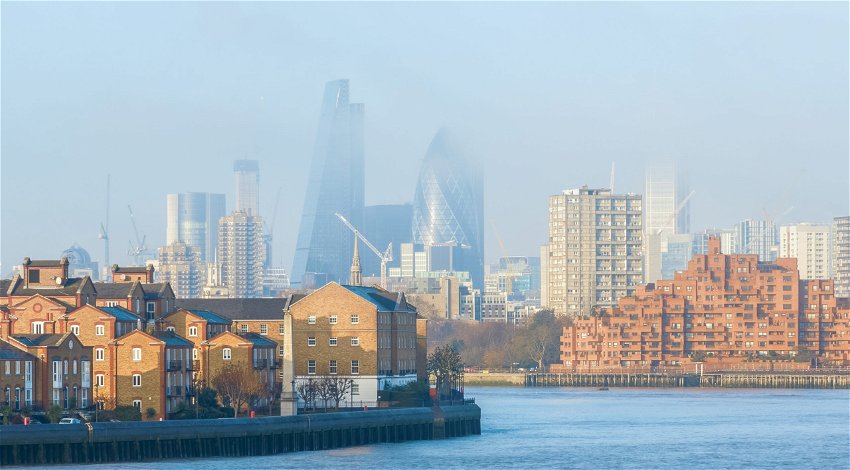 Air pollution in England can increase heart disease and strokes and needs to be reduced, Chris Whitty says. Image: I Wei Huang/Shutterstock.com

“WE can and should go further to reduce air pollution – and it is technically possible to do so,” said England’s Chief Medical Officer (CMO) Professor Chris Whitty, in his annual report published on Thursday, December 8.

“It also leads to increased mortality and is associated with impacts on lung development in children.”

The CMO’s recommendations on outdoor air pollution include:

According to the report people spend around 80 per cent of their time indoors, whether for work, study or leisure. Many indoor spaces are public, and people do not have a choice about spending time in them. Despite this, indoor air pollution has been studied less than outdoors.

For indoor air pollution, the CMO’s recommendations include:

Professor Chris Whitty, Chief Medical Officer said: “Everyone is affected by air pollution, and it is everyone’s problem.

“Air pollution has improved and will continue improving provided we are active in tackling it. We can and should go further – and it is technically possible to do so.”

The CMO’s report includes a chapter with case studies of three cities in England – Birmingham, Bradford and London.

Each of these cities have had significant challenges around air pollution and have taken slightly different approaches to tackle it. These have included integrating actions including around transport, urban planning and design, reducing pollution around schools and monitoring at a city level.

The CMO’s report last year was on health in coastal communities, while his 2020 report looked at health trends and variation in England.

Sarah Woolnough, Chief Executive of Asthma + Lung UK said: “This report by the Chief Medical Officer should act as a rallying call to tackle air pollution. From our very first breath, air pollution has a significant impact on our health. Toxic air not only puts people at risk of potentially life-threatening asthma attacks and dangerous COPD flare-ups, it can also lead to the development of lung conditions including lung cancer.

“Chris Whitty is right to highlight the devastating impacts of air pollution and it is now vital that meaningful steps are taken to protect public health from this invisible threat. This includes schemes that work to get the most polluting vehicles off our roads.”

Dr Charmaine Griffiths, Chief Executive of the British Heart Foundation, said: “We’re pleased to see the Chief Medical Officer focusing on air pollution in his annual report this year. Research the BHF has funded has helped to show just how damaging air pollution can be to our cardiovascular health.

“We have the tools and understanding to make better air quality a reality but we need to do more. Making sure this report’s recommendations are implemented will help to clean up the air in all our communities and deliver real improvements to the nation’s health.”

Cancer Research UK’s chief executive, Michelle Mitchell, said: “We welcome the Chief Medical Officer putting air pollution in the spotlight with this report. Although smoking remains by far the biggest cause of cancer in the UK, air pollution increases the risk of lung cancer in both people with and without a history of smoking – causing almost 1 in 10 lung cancer cases in the UK. With more ambition and a willingness to tackle air pollution head on, we know that this can be different.

“Air pollution is one of the biggest environmental threats to health in the UK, and although substantial progress has been made to reduce harmful levels of pollutants, more needs to be done. The adoption of national and local strategies will be vital in reducing indoor and outdoor air pollution across the country. But that has to start with the UK Government making a bold long-term commitment to a reduction in air pollution.”

Dr Sarah Clarke, president of the Royal College of Physicians (RCP), said: “Air pollution is a growing and significant public health challenge and we strongly welcome the Chief Medical Officer making this the focus of his annual report for 2022.

“The RCP has been highlighting the harmful impacts of air pollution on health since 2016, when we published our report Every Breath We Take with the Royal College of Paediatrics and Child Health. We estimated then that around 40,000 deaths were attributable to outdoor air pollution, and since then a coroner found it to be a cause of death for the first time, that of 9-year-old Ella Adoo Kissi Debrah.”

She added: “The CMO’s report is an important contribution that makes clear why we must be proactive and ambitious in our efforts to improve both outdoor and indoor air quality for everyone.”