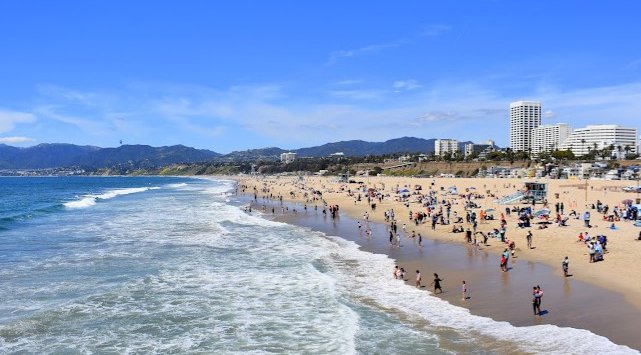 A single-engine aircraft crashed while making an emergency landing on Santa Monica Beach in Los Angeles, resulting in the death of one of the two occupants.

Ian Gregor, a spokesperson for the Federal Aviation Administration confirmed that one of the two occupants of the small plane that crash-landed on Santa Monica beach had passed away.

The deceased – the passenger in the two-seater aircraft – was named as 95-year-old Rex Minter. He was the mayor of Santa Monica during the 1960s. There was no update on the current condition of the pilot, as reported by insiderpaper.com.

“The pilot reported engine issues after departing from Santa Monica Airport”, said Mr Gregor. A spokesperson for Los Angeles County Fire Department confirmed at the time of the rescue that one occupant had suffered a cardiac arrest.

Beachgoers watched on Thursday, December 22, as a small Cessna 150 single-engine aircraft made an emergency landing on Santa Monica beach in Los Angeles. The incident occurred close to the iconic pier.

BREAKING A plane has crashed on the beach #LosAngeles
California pic.twitter.com/M3ebQkdwrD

In video footage uploaded onto social media, the plane can be seen flying low over the sea towards the beach. As it hits the sand, the aircraft flips over, leaving its two occupants trapped inside. It had departed from Santa Monica Airport shortly before coming down, as reported by cbsnews.com.

A spokesperson for Los Angeles County Fire Department said that one of the passengers suffered a cardiac arrest as a result of the crash. Firefighters were deployed to the scene and promptly rescued both people from the overturned plane.

It was reported by the authorities that the pilot attempted to turn around when he was near Pacific Palisades and return to Santa Monica after experiencing engine trouble. It would appear that he had no other option than to head for the shoreline and attempt to land without a fully functioning engine.

One user on Twitter wrote @MrDeadSleep: “Update on beach day in Santa Monica, Chloe and I were playing on the edge of the water when I see a small 2 passenger plane SLAM onto the beach and turn upside down about 30 yards from us”.