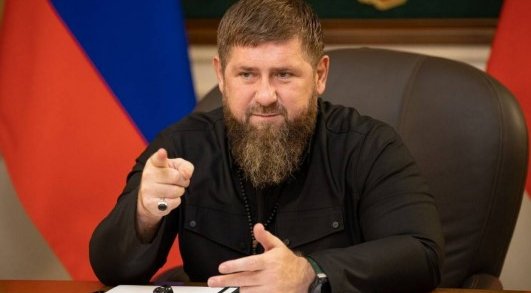 Ramzan Kadyrov, the leader of Chechnya said he would never consider running as president of Russia.

Ramzan Kadyrov, The head of Chechnya, said on Thursday, December 29, that although he has the right to run in the presidential elections in Russia, he will never do so. He wished the current head of state, Vladimir Putin, a long reign and promised to help him as much as he could, according to kommersant.ru.

“I am a citizen of Russia, I have the right to run for president. Others can, Chechens can’t, or what? I can. But I will never do this. Especially the state, which is ruled by a wise, far-sighted, strong man, talented, honest, and decent. After such a thing, it is almost impossible to lead, to govern the country”.

His words came as a response to a question while publicly addressing the people of Chechnya. Somebody asked him about the rumours that he might possibly put himself up for nomination for the presidency of the Russian Federation.

Kadyrov made his public speech on the same day that a Kremlin ‘insider’ made the claim on Telegram that Vladimir Putin was battling the advanced symptoms of Parkinson’s disease. This came as the leader cancelled yet another appearance at a public event.

Last January, in a post on his Telegram channel, Ramzan Kadyrov declared that he did not see himself as either the president of Russia, or a minister, or in fact, any other position at the federal level.

Kadyrov wrote: “Friends, I can talk to my followers on social networks about how I want my country to be or what external threats are bothering me. That’s what I was discussing when I shared my opinion on Ukraine in a live broadcast with my dear brother, the Chairman of the Parliament of the Chechen Republic, Magomed Daudov”.
⠀
“I believed, and still believe, that just like in the case of terrorism in Syria, Russia must protect its interests before it has to defend them on its own territory. If there are no people in Ukraine who can stand up to America, we should help them”.
⠀
“And this is my statement as Ramzan Kadyrov, not as the Head of the Chechen Republic. I have already mentioned this more than once. The Kremlin gives me no instructions about what I should say. If there is something I need to say as head of the region, I will say it as follows: ‘It is I, the head of the Chechen Republic, Ramzan Kadyrov, who is speaking'”.
⠀
“And this statement, I repeat, was made by me as a blogger, as an ordinary man. I have also always said, and I keep repeating, that I do not see myself in any federal post – not as president or as a minister and so on. My place is here, in the Chechen Republic, and I’m not going anywhere!”.