15 years and still no news of 15-year-old Amy Fitzpatrick, the Mijas teenager who disappeared 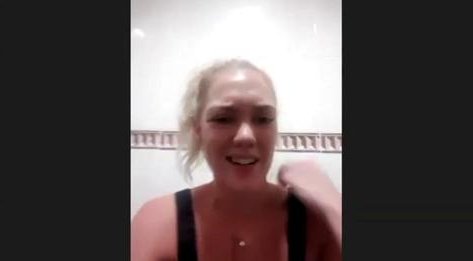 Presenter, Maurice Boland, reposts his 2-year-old interview on Facebook in a bid to jog people’s memories about the case.

The interview was with Amy’s friend, the last person known to see her alive. “It’s not right that they’re not still looking for her, she was only a girl, and she’s my best friend,” confirmed Ashley.

A couple of kilometres uphill. It’s a tarmac road apart from 50 metres of gravel, between Calypso and Riviera del Sol in Mijas Costa. Not many people use it but it was well-known to Amy Fitzpatrick, a 15-year-old Irish girl who had walked along there a thousand times between her home and that of her friend Ashley Rubio.

It should have taken her 20 minutes to get home, where she lived with her mother Audrey, her brother Dean and her stepfather, David Mahon, but she never arrived and nobody knows why. Sunday, January 1, marked 15 years since one of the most mystifying disappearances ever to have occurred on the Costa del Sol.

The initial hypothesis was that Amy had run away but over time her disappearance did not appear to be voluntary.

10:00.PM on January 1, 2008, was the last time Ashley saw Amy alive. Amy left Ashley’s home carrying a Bershka bag containing a tracksuit Ashley had lent her and a pink-coloured Irish mobile phone which she used to listen to music. “She had a Spanish phone but her stepfather broke it during a row a few days before,” Ashley said.

“The next morning I rang Amy to tell her to come over, but her mother said she thought she was with me as she hadn’t gone home the night before.”

At 3:00.PM and 6:00.PM Ashley rang Amy’s mother who said there still hadn’t been any sign of Amy. Following the call, Ashley’s mother rang and told Amy’s mother, “if you haven’t rung the police, I will,” the call ended with Amy’s mother offering assurance of making the call.

Amy Fitzpatrick’s disappearance was considered worrying from the start because of her age, but that was the only reason. The Guardia Civil, who took charge of the investigation, did not find any sign whatsoever to indicate that a kidnapping or crime had taken place.