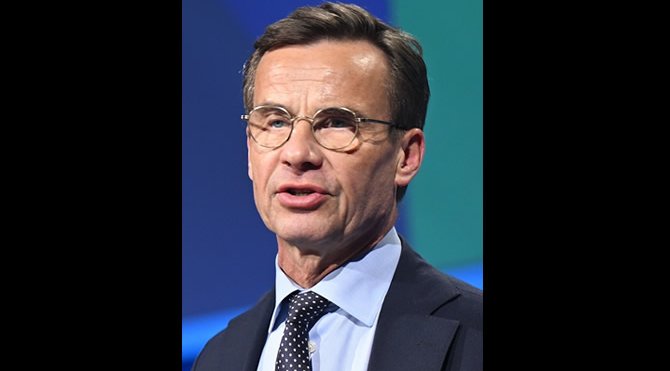 Sweden’s Prime Minister Ulf Kristersson insisted that the full list of Turkey’s conditions required to approve their NATO accession was impossible for Stockholm to fulfil.

Ulf Kristersson, the Prime Minister of Sweden, speaking on Sunday, January 8, at a defence think-tank conference, said that it was impossible for his government to fulfil all the conditions set by Ankara. Turkey has demanded specific requirements before supporting Stockholm’s application to join NATO, reported Reuters.

“Turkey both confirms that we have done what we said we would do, but they also say that they want things that we cannot or do not want to give them”. However, the politician still expressed his confidence that the Turkish side would approve Sweden’s bid to join the Alliance.

“From time to time, Turkey mentions individuals that they want to see extradited from Sweden. To that, I have said that those issues are handled within Swedish law”, continued Kristersson.

“We are convinced that Turkey will make a decision, we just don’t know when”, he commented, adding that “the decision is in Turkey’s camp”. He claimed that certain demands were outside the scope of their three-way memorandum.

In 2022, Sweden signed a trilateral deal with Turkey and Finland. As part of that agreement, Ankara insisted that Stockholm cracked down on political activists allegedly affiliated with the Kurdistan Workers’ Party (PKK). In return, Ankara would approve Sweden’s accession to NATO.

Included as a part of the deal, Sweden was to hand these so-called activists over to Turkey. Stockholm was also asked to lift embargoes that were placed on arms imports to Turkey. These were implemented in 2019 when the Turks occupied parts of Syria.

Turkey accused the Swedish administration of giving a safe haven to Kurdish activists. Support from Stockholm for the Kurdish-led militia in Northern Syria should also be halted insisted Ankara, as reported by gerceknews.com.