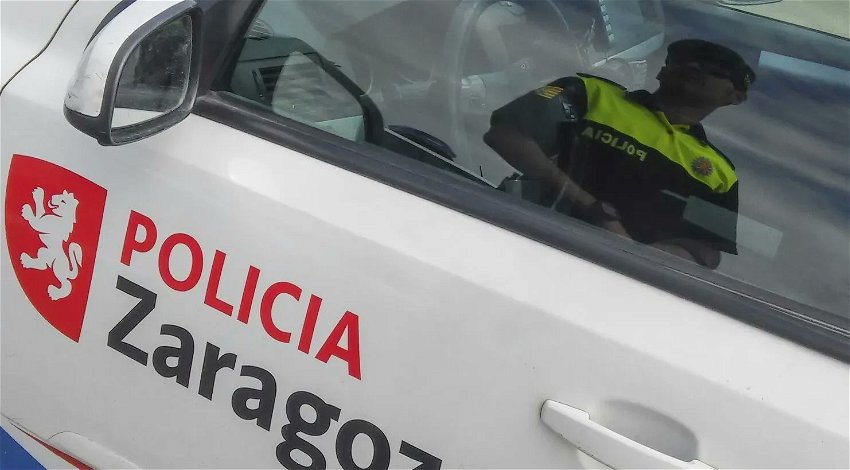 Paedophile faces 7 years in Spanish prison after being framed by woman. Photo by Policia Zaragoza Twitter.com

Police in Spain has arrested an alleged paedophile after a woman became suspicious of his activities, gained his trust and then reported him to the authorities.

According to local reports, the woman who is a resident of Zaragoza, became suspicious of the activity on the social networks of the accused – 42-year-old Oscar M. M. from Zamora.

She then connected with Oscar and stayed in touch until she gradually gained his trust.

As per a statement by the police, “The complainant explained at the police station about the man who was looking for overweight girls between 9 and 10 years old in order to allegedly abuse them”, as cited by La Vanguardia.

“The woman led him to believe that she had a young daughter to whom she could have access upon payment of a certain amount of money”, it said.

The statement continued, “The trap worked, and the woman, who was also able to verify that the man possessed various paedophile material thanks to several messages he sent her, went to the Aragon Police Headquarters to report the facts”.

Following her complaint, the Technological Crimes Group of the National Police of Zaragoza began an investigation in January 2019.

They first started conducting the analysis of conversations provided by the complainant along with more than 5,000 IP connections.

Officials said that although it was not easy, the police eventually identified the alleged paedophile and found that he had several previous convictions for harassment and indecent exposure.

Further investigations by the police later led them to the location of the suspect’s house in the province of Zamora, between Barcelona and Almendra de Pan.

They said that he visited the location frequently and was eventually arrested in September 2020 by the agents of the Zaragoza police group along with others from the Specialised and Violent Crime Unit (UDEV) of Zamora.

Officials said that thousands of files with paedophile photographs and video content were found during the search of his house. They also said that an external hard drive with a hidden encrypted partition.

Police also discovered that he was trying to set up an indoor marijuana plantation and had all the equipment required.