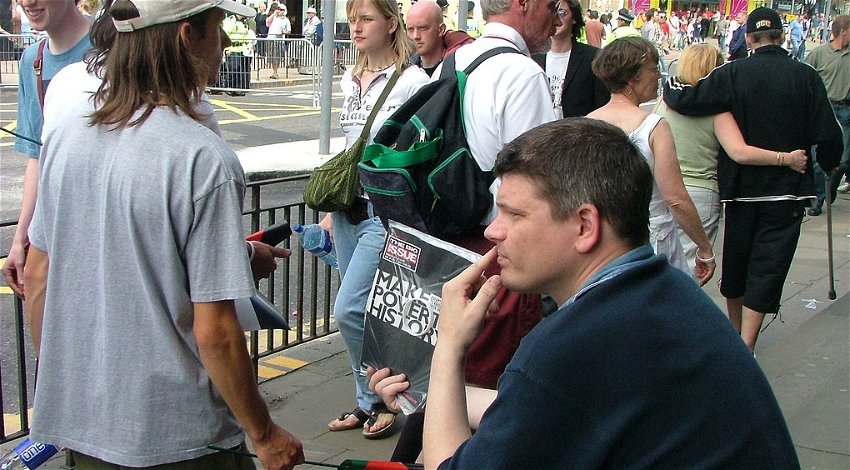 Big problem THE BIG ISSUE, which is sold by the homeless, almost went under during the pandemic, admitted its founder and editor-in-chief John Bird. Having survived, sales are currently affected by the cost-of-living crisis as millions across the UK struggle with inflation.

Cough up THE Crown Estate is suing Twitter for allegedly defaulting on the rent for the company’s London headquarters located near a prime Piccadilly Circus site.  Billionaire Elon Musk, who also owns Tesla and Space X, took control of Twitter in October.

Record demand ASSOCIATED BRITISH FOODS’ revenue rose during 2022’s final weeks after increased demand and higher prices. Turnover rose by 16 per cent to £6.7 billion (€7.6 billion) in the 20 weeks ending on January 7 in all ABF’s companies, including Primark.

Pay rise TELEFONICA ESPAÑA employees will receive a 7.8 per cent pay rise backdated to last January after reaching agreement with the UGT and CCOO unions.  After reviewing increases introduced since 2019, Telefonica is adjusting salaries in line with the present CPI.

Ibex debut ALMERIA-BASED marble company Cosentino, which trades in 40 countries, will be listed on Spain’s Ibex 35.  The family-owned company has engaged JP Morgan and Goldman Sachs to oversee the operation and will be worth an estimated €3 billion, insiders said.

Hard times AMAZON workers in the UK staged their first-ever strike on January 25, protesting over a “derisory” 5 per cent pay rise and severe working conditions.  Employees, who told a BBC interviewer that they were constantly monitored and even toilet breaks were timed, maintained that the warehouse robots received better treatment.

Deaf ears ANTONIO GARAMENDI, president of the Spanish Confederation of Business Organisations (CEOE), claimed that the government was promoting environmental sustainability in order to increase revenue.  He said it had ignored the suggestions of business owners, who warned that the ban on one-use plastics would have an adverse on the agrifoods industry.

Heavy duty A CUSTOMS inspection site at Sevington in Kent has space for 1,700 heavy goods vehicles and covers an area of 93 hectares.  Six months after completion the heavily-guarded complex, which cost £100 million (€113.6 million), is practically deserted and the only imports regularly inspected are household pets arriving from Ukraine.