Nation states versus the European Union 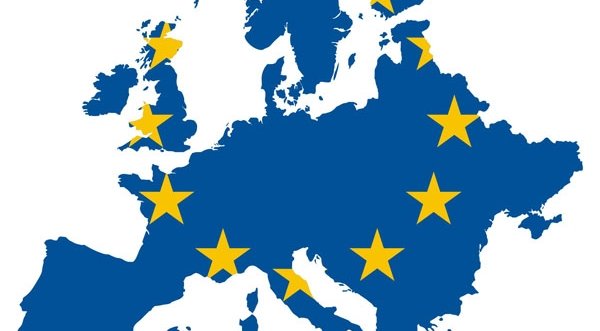 IN OR OUT?: David Cameron wants the people to decide if Britain is in or out of the European Union

In or out of Europe? David Cameron wants the people to decide, writes Peter Fieldman

DAVID CAMERON’S intentions are now clear. But has he considered the consequences of a British withdrawal for the millions of Brits working or retired in the EU who could lose health benefits and need work permits?

But it is not just Britain, which is questioning the advantages of membership. The financial crisis has put the future of the European Union on the line.

Europe’s member states are facing rising unemployment – almost 20 million at present – cut backs in services, huge debts, bank losses, tax evasion, corruption and illegal immigration.  In any family, when money is tight it naturally leads to arguments, squabbling and the risk of a break up.  The European Union is no exception.

With six countries, the Common Market, as it was known, was an exclusive club, 12 members made it stronger and when it became 15, all from Western Europe, it was still manageable.  But lacking a proper set of rules of the club, the admittance of 10 Eastern European nations simultaneously, followed by Romania and Bulgaria, countries with economies and people that were still suffering from decades of communism,  have made unity virtually impossible to achieve.

This summer Croatia becomes the 28th member and next year restrictions on the free movement of workers will be lifted for Romania and Bulgaria with the risk of thousands heading to Western Europe to seek non-existent jobs. In addition only 17 member states use the Euro while 10 retain their own currency.

While Europe’s nations endeavour to mend their differences and reach a compromise, they face rebellion at home.  The concept of the nation state is being eroded by decentralisation and demands for more regional autonomy as well as outright independence in some cases.

The Lander in Germany encouraged Welsh and Scottish nationalists to press for more freedom over their affairs, with Scotland dreaming of independence. Corsica and Brittany continue to be a thorn in the French Government’s side, Catalonia never ceases in its aim to secede from Spain, while the violence in the Basque country, Corsica and Northern Ireland is a reminder of the passion aroused by nationalist groups, often with their own language.

The removal of monetary controls, the growth of the internet and the global economy have given financial markets, banks and multinational corporations the power to ignore Governments, laws and taxes, creating a new world order where money rules.

The proliferation of tax havens and offshore companies and banks means that treasury departments have little control over the movement of funds and transfer of profits.  Banks were allowed to speculate with people’s savings and billions accumulated offshore or simply evaporated into thin air.