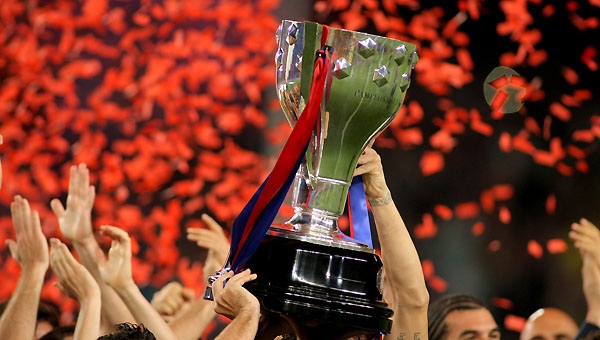 The Spanish Primera Liga BBVA 2013/14, the 83rd since its establishment, has gotten off to a great start with matches from six of the nations teams.

Elche’s first La Liga appearance in 24 years was a disappointment as they lost 3-0 at Madrid team Rayo Vallecano on Monday night.

To lose so heavily will bring home to any players who did not realise it, how tough the top division is.

Elche’s biggest strength last year was a miserly defence. But Vallecano’s Alberto Bueno had no problems as he scored either side of an Alberto Perea  goal to take the three points.

Elche will be looking to tighten up their defence in their next match, at home to Real Sociedad on Saturday.

IT may have been exciting start to the match, but Almeria would probably have settled for a boring home draw rather than lose to a last gasp goal.

In their first competitive match after promotion to the hallowed Primera Liga Rodri scored twice to take a two goal to one advantage against Villareal. Sebastian Durbarbier had scored an own goal for the visitors.

But that was as good as it got for Almeria. They held on to their lead until, with just 10 minutes to go, Giovani dos Santo equalised. And to rub salt into their wounds Jonathan Pereira scored in the final minutes to snatch a win for Villareal. Next match is away to Getafe tomorrow (Friday).

Alex Lopez opened the scoring for Celta Vigo followed by an immediate impact from Charles scoring a second goal for Celta Vigo. The former Spain youth international found a way through the defense, taking in Michael Krohn-Delhi’s pass and tucking in with three minutes of the half left.

It looked good for the home team at the beginning of the second half, but it didn’t last for long as Espanyol pulled one back through Victor Sanchez. A second goal followed suit, added by substitute Koulossa Thievy, taking the final score to a 2-2 draw.