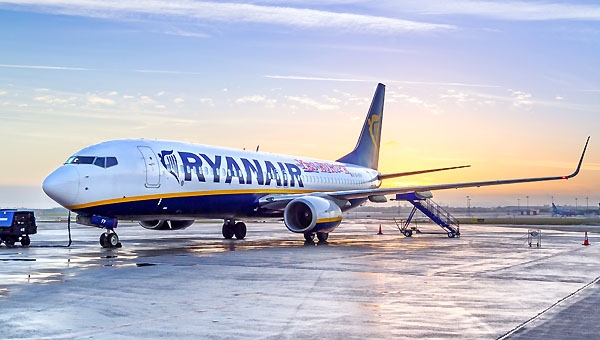 WHEN I last wrote about Ryanair, one EWN reader left a very nice comment on my website, but finished up with the thought that any article on the airline only served Chief Executive Michael O’Leary’s purpose: free advertising.

True. One of the reasons he acts so outrageously can be seen in the relative advertising budgets of Ryanair and its rivals.

Ryanair spends far less than EasyJet per customer on publicity and that’s because the media are only too happy to give yards of column space to O’Leary’s latest money saving musings from ‘standing’ tickets to paying to use the loo. (Oops! Guilty myself here!)

I mean, what next?Undercarriage class? Bring your own warm woolly! Or helicopter sling loads? Get collected from your own front lawn and dropped from a great height right into your destination back garden! No more taxis, buses or trains. Cheap, fast and efficient!

Not pointing a finger at anyone in particular, ahhhmm ahhmm, if you deliberately court such publicity, sooner or later the chickens are going to come home to roost (to mix a couple of metaphors).

And the latest publicity O’Leary’s received – the recent Channel 4 Dispatchesprogramme on Ryanair’s air safety policy – alleging, amongst other things, a league table of pilots ranked by the amount of fuel they take on board, can’t have been the sort he had in mind.

Now, everyone knows Ryanair makes much of its dosh from add-ons. And to get a €20 flight you’ve got to obey every rule to the letter. This means ticking all the no boxes in the booking process, not carrying anything except exact-size hand luggage, printing out your boarding card, checking in online, not buying food, drink or scratch cards on board nor paying for ‘priority’ boarding.

Everyone who’s used the airline has had exactly the same experience. Ryanair seems to make money out of those not able (or willing) to follow the rules. Otherwise it’s as cheap as chips.

But cheapness isn’t at issue here. What is at issue is whether Ryanair’s safe or not. This would seem to be the relevant point. The rest is a matter of personal choice (sort of). That’s the million dollar question. Or, for all you EWN readers: $20 – the rest’s comprised of add-ons.

Editor’s note: Ryanair has never had a fatal accident. The airline has gone on record to say safety is a top priority. It complies with all European and national legislation, and the independent Irish Aviation Authority has recently confirmed that Ryanair’s safety is “on a par with the safest airlines in Europe.”