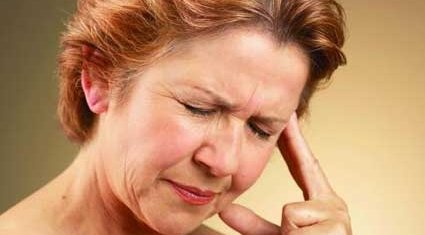 NEW YORK (Reuters Health) – Blood sugar considered safely below diabetes or even pre-diabetes levels may still be linked to a raised risk of memory problems, a new study suggests.

German researchers found that people with elevated – but not unhealthy – blood sugar levels tended to perform worse on memory tests than those with lower levels. An area of the brain most responsible for memory also differed between the two groups.

“We were also interested if this extends to people who are still in the normal range,” Flöel, a neurologist at Charité University Medicine in Berlin, said.

The bodies of people with diabetes have difficulty regulating blood sugar on their own. In that case, those people usually take medicine to keep blood sugar levels within a safe range.

A person’s fasting blood sugar level, which is taken after about 10 to 12 hours without food, should fall between 70 and 100 milligrams per deciliter.

For the new study, Flöel and her colleagues recruited 141 people from Berlin.

The participants were between ages 50 and 80 years old. None of them had diabetes or memory problems. The researchers also excluded heavy drinkers and obese people.

Each participant had blood taken after at least 10 hours without food and had an MRI image taken of their brain.

All of them also took a memory test, in which they were told 15 unrelated words that they had to remember and repeat after various periods of time.

For example, one of the blood tests the researchers used measured an indicator of average blood sugar over the past three months. A normal score is 39 or less and anything above 47.5 is considered diabetic.

Even within healthy ranges, an increase of about 7 units on that blood test was tied to participants being able to remember two fewer words after 30 minutes on the memory test.

That difference, however, would not be noticeable between two people, according to Dr. Antonio Convit, who was not involved in the new study but has done similar research.

“We’ve known about this for a little while,” Convit, of the New York State Office of Mental Health’s Nathan Kline Research Institute, said.

Another finding in line with past research, Convit said, was that MRIs showed the hippocampus, a part of the brain responsible for memory, was smaller among people with higher blood sugar levels.

But the new study can’t say blood sugar levels caused the memory problems or smaller brains, Flöel and her colleagues write in Neurology.

For example, the researchers may not have been able to account for the effects of memory loss due to aging, Convit said.

“One thing that could be concluded from this is being fitter and keeping a good check on your weight may be useful if you want to keep your brain working properly,” he said.

And for those people who already have blood sugar levels on the low end of the healthy range, Flöel said eating well and getting plenty of exercise “will at least be good for your heart – if not for your brain.”