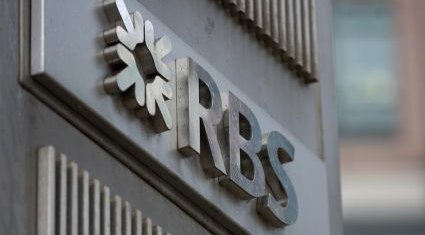 LONDON (Reuters) – Royal Bank of Scotland is to create an internal “bad bank” to fence off its riskiest assets, part of a raft of measures designed to heal its relationship with the British government and speed up its eventual privatisation.

“I think it does make it easier to sell off the bank and get our money back,” Chancellor George Osborne told BBC radio, adding that a sell-off was unlikely to begin before the next election in 2015.

The government, which owns 81 percent of RBS and stopped short of ordering a break-up of the bank, said the move would also stimulate lending in the UK.

The bank aims to run down between 55 percent and 70 percent of the assets over the next two years, and hopes to remove all the assets from its balance sheet within three.

The bank said Britain’s financial watchdog has made it clear in recent months it expects banks to hold more capital, making it more important to sell or run down its bad assets.

RBS and the government said the plan would draw a line under the past. The government has been accused of meddling too much in the running of the bank, and RBS’s new chief executive Ross McEwan told reporters the review had “taken up far too much of management’s time”.

“We can now go on, focus on the future and focus on 90 percent of the assets that make up a really good bank and on building a great bank for customers and for the UK,” he said.

McEwan said the restructuring would reset the bank’s relationship with the Treasury, Britain’s financial regulator and UK Financial Investments (UKFI), which runs the government’s stake.

The faster run-down of assets will accelerate and increase losses on the loans, and the bank expects to take an extra impairment charge of between 4 billion and 4.5 billion pounds in the current quarter, it said.

Shares in RBS were down 3.7 percent at 354 pence at 8:48 a.m, while European banking shares were broadly flat.

Critics of the internal bad bank say it is not much different to the bank’s existing non-core run-down programme, which currently houses 45 billion pounds of problem loans and was expected to still have 20 billion in 2016.

One of RBS’s biggest 10 private investors told Reuters the restructuring was a “cosmetic exercise”.

“The bad bank is internal. An external bad bank would have been very different. RBS already has an internal bad bank, so it’s just a question of moving some assets into it, shuffling loans around the disclosures, nothing really changes,” the shareholder said.

RBS said it now plans to hold a core capital ratio of about 11 percent by the end of 2015 and 12 percent a year later, which is 3 percentage points above its current position.

“I want to dispel any suggestions that RBS is travelling light on capital,” McEwan said.

It will accelerate the divestment of Citizens, its US retail bank, with a partial IPO planned for next year.

McEwan declined to comment on a report in the Financial Times that said it had suspended two traders in its foreign exchange division. But he said the bank would “come down severely” on anyone who had broken rules.