Stop fiddling the figures and start locking up criminals! 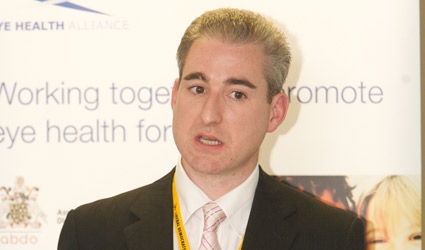 GREG MULHOLLAND, MP for Leeds North West, declared himself “amazed and appalled” at the reported massaging of crime statistics.

Four serving and retired police officers outlined to Parliament’s Public Administration Committee  how cases of burglaries “disappeared in a puff of smoke”, thefts were “cuffed” as lost property, and rape and child sex offences were misrecorded.

Frankly, it amazes me how ‘amazed’ some MPs were. And this is the real shock here: how can those who contribute to the running of the country be so naïve? Any target in any industry encourages dysfunctional behavior. We see this time and again in banking, hospitals, schools and, yes, the police.

Slowly but surely it’s all coming home to roost, isn’t it? Hardly a day passes without some report informing us how the banks fiddle interest rates, the health service fiddles the waiting lists, MPs fiddle their expenses and now, surprise, surprise, the police fiddle the crime figures.

Basically, this is just another instance of the failure of targets applied to public services. Remember the almost evangelical way American business school ‘efficiency’ methods were applied to some UK government departments in the late 1980s? Then the idea was applied to schools, with success judged almost exclusively on exam results which year on year improved while actual standards declined.

The pressure on staff to achieve these targets led to ‘fiddling’ and the ‘cover-up’ of information that’s so important in identifying social problems. What can be measured and then created as a target is not necessarily the essential part of the work that a teacher/ social worker/health worker/police officer does.

The Government should act quickly to find an alternative to this Big Brother obsession with monitoring targets. This might help to put a halt to the decreasing public trust in the police service which, in the wake of the Hillsborough revelations, Plebgate and many more shocking cases, is itself in the dock.

Finally, no great surprises here, then. “Move along, nothing to see, move along.” And response to the ‘fiddling’ reports from the top brass? One officer already faces disciplinary proceedings for his whistleblowing. Hmm. A convenient target? Who knows. Maybe a bit of conspiracy fever in the air with the JFK anniversary? (And he was definitely shot by the CIA, or Fidel or aliens innit.)