In memory of garden wild life 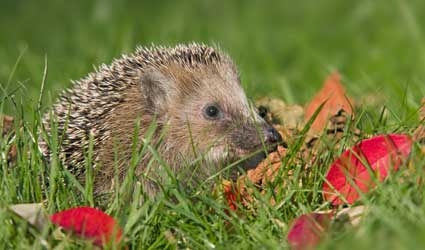 UNFORTUNATELY there is far less wildlife in most gardens than 25 years ago, including unfortunately ours.

As discussed below, birds, butterflies, geckoes, hedgehogs, lizards, frogs and toads have found it hard to adapt to the urbanisation of their previous abandoned agricultural habitat. But fortunately we do have less venomous snakes.

When the woods surrounding us were cut down, for a while several vipers moved in as their natural habitat deep undergrowth of the wood was destroyed. But one way or another they were caught and taken to nearby remaining woodland.

At the time two hedgehogs moved in and bred in the base of a temporary compost heap for some years until roads were built and adjacent fields built on. In deed it is some years since we saw even a car-squashed one in the area.

The main loss with the cutting down of around 200 pine trees was the bird life that regularly visited our garden and in some cases nested. Early losses were a pair of eagle owls and an annual visit of nesting golden orioles.

Nowadays only blackbirds continue to nest each year as long tailed tits have not used their nesting boxes for some years, but I am making new ones at present and in a greater number to see if this can be reversed. Once we had 10 shepherds roaming the valley with large flocks of goats and sheep. With a constant supply of afterbirths several days a week we would be entertained by hunting eagles, kites, vultures and hawks. Now one may be spied just a few days a year.

With few houses and hence cats around, geckoes and lizards had a wonderful playground with sunny rocks to sunbath on and plenty of places to hide. We still have some but, with the urbanisation came a tribe of partially fed, by neighbours, feral cats which seem to enjoy preying on them with the reduced bird population.

Probably the greatest loss is that of the swarms of spring and summer butterflies. The causes being the clearing of their natural breeding grounds just across our garden walls for a network of roads and the building of an urbanisation, plus four years in which low flying planes sprayed  the citrus groves, and of course all other vegetation, with non- ecological chemicals against the leaf miner insects.

The days when one could open the garden gate on coming back from a day on the beach in June or July and find the garden full of recently hatched swarms of butterflies including numerous swallow tails are now just fond memories. Once two of my daughters and two grandchildren counted almost 1,000 flying flowers in the garden. We still have the plants they liked but just a few strays visit from the local mountainsides.

The remaining real success in providing a natural garden habitat for disturbed wildlife is the number of frogs and toads that find refuge in our several ponds and closely grouped flower pots.

I am just cutting back the reeds around the ponds, as for probably 10 winters no overwintering black caps warblers or shrikes have visited the ponds for water. Also perhaps they would not like the netting we have had to place over the ponds to prevent an unwanted heron, now resident in the valley for four years, from devouring any more the gold fish.

So we have a densely planted casual natural garden with less wildlife than we would like, so that we need to walk the wilderness of Spain’s virgin mountain ranges to find evidence of surviving wildlife. When we walked for 52 days along the Spanish Pyrenees most of the 950 kilometres were densely populated with both birds and butterflies. These and other delights are described in my latest book now available as a regular book and in Kindle format from Amazon Books. The title is Our 52 day retirement adventure along the Spanish Pyrenees.