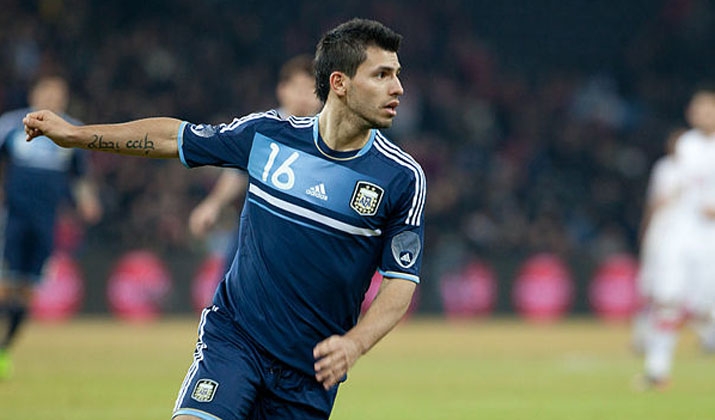 Barcelona may be the favourites to win against Man City tomorrow but Javier Mascherano is concerned about the threat posed by fellow Argentine Aguero.

Barcelona defender Javier Mascherano has admitted that Manchester City´s Sergio Aguero could make his life a nightmare as City chase down a 2-0 Champions League deficit in the Nou Camp stadium tomorrow night.

The former Liverpool player Mascherano told a press conference at Barcelona’s training ground that his international team mate Aguero could change things round in tomorrow’s second leg if he is given the chance.R

Mascherano said: “I know Sergio well and in my opinion he is one of the best five strikers in the world.

“He is a great player and if he is given space he can be a nightmare to play against.

“We will try and give him as little space as possible as the last thing we want is for him to be comfortable. We need to make things uncomfortable for him.

“I think we will see a very attacking Manchester City team. They always attack but the result from the first leg means that they will throw even more players forward.

“We will try to dominate the possession. That’s the only way to play against really good teams.’

City arrived in Spain this afternoon with hard work to do after losing their first leg clash at the Etihad Stadium three weeks ago.

Despite a recent shock defeat against Valladolid and a slip to third place in La Liga, Barcelona look set to reach the quarter-finals of the Champions League with players like the Brazilian Neymar expected to take centre stage and make a real impact tomorrow.

Mascherano said: “We cannot play as we did against Valladolid, but we can get back to winning and our best form and tomorrow is a good chance to do that.

“Right now, it is March and we have two months to end the season by doing something special.

“Now is the time to press the accelerator and achieve our objectives.”

In recent days Barcelona Coach Gerardo Martino has come under great pressure with many questioning his right to manage the club. Martino has said: “All I can do is be strong and be powerful.

“We have lots of things to play for. We are still in three competitions and I have to be strong and try to get us back to how we were playing when we went to Manchester City.