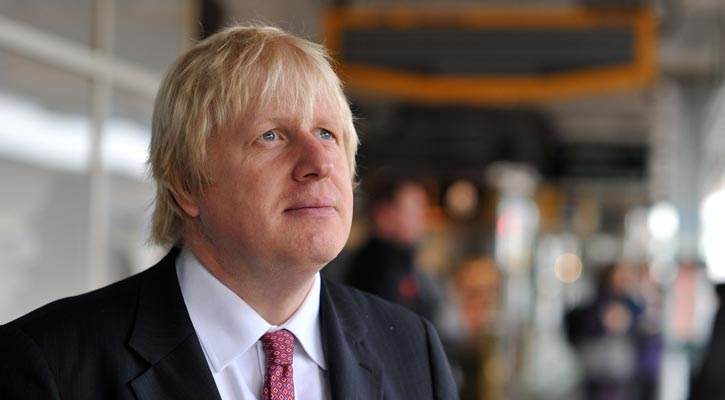 OUTLANDISH conservative politician Boris Johnson has spoken out against terror attacks and the Islamic State of Iraq and Syria (ISIS) by urging a change in British legislation.

Johnson, the current mayor of London, has suggested reversing that cornerstone of the British judicial system that presumes everyone is innocent until proven guilty in cases where British citizens have travelled to join the jihadist fight in Syria or Iraq.

In his regular column in The Telegraph, Johnson even hinted that most people in the UK would want the British man who murdered American journalist James Foley to be killed in a bomb attack.

Johnson has echoed popular opinion among some that is calling for British jihadists to be stripped of their citizenship if they should decide to travel to the Middle East to join the fight for Islamic Jihad.

The mayor, who is the de facto head of London’s Metropolitan Police force, expressed the sentiment that anyone who decided to travel to these conflict areas should be presumed to be a terrorist unless they had notified the authorities of their trip in advance.

In his comment piece for the newspaper, he wrote: “We need to make it crystal clear that you will be arrested if you go out to Syria or Iraq without a good reason.

“At present the police are finding it very difficult to stop people from simply flying out via Germany, crossing the border, doing their ghastly jihadi tourism, and coming back.”

Johnson’s comments follow in the wake of the cold-blooded killing of US telejournalist James Foley at the hands of a terrorist who is believed to be British.

The UK’s ambassador to the US, Sir Peter Westmacott, has said that British intelligence is close to identifying the killer, known to the media as ‘Jihadi John.’

Boris Johnson’s views are likely to divide opinion, many feeling that wavering the democratic rights of British citizens would be playing right into extremists’ hands, whilst others think that taking a more hard-line stance is what is needed to tackle this phenomenon of ‘jihadi tourism’ as Johnson calls it.

The mayor went on to clarify his view in the article: “What is the point of having a defence budget, if we don’t at least try to prevent the establishment of a terrorist ‘caliphate’ that is profoundly hostile to civilised values?”