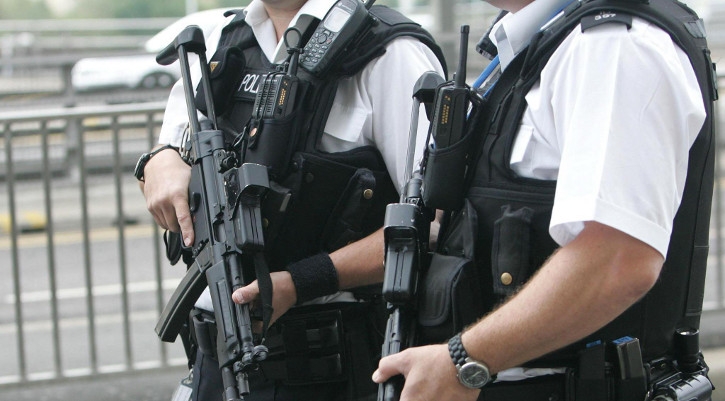 THE Joint Terrorism Analysis Centre (JTAC) has changed the UK threat level for international terrorism from SUBSTANTIAL to SEVERE. The current threat level means that the threat of a terrorist attack is considered to be highly likely.

The official threat level informs security professionals across the public and private sectors as they make decisions about the appropriate level of protection in place across the UK.

JTAC’s judgements are made on the basis of the latest intelligence and are independent of Ministers.

“The increase in the threat level is related to developments in Syria and Iraq where terrorist groups are planning attacks against the West. Some of these plots are likely to involve foreign fighters who have travelled there from the UK and Europe to take part in those conflicts.”

“We face a real and serious threat in the UK from international terrorism. I would urge the public to remain vigilant and to report any suspicious activity to the police.”

Reports suggest that there is no intelligence relating to any specific threat against the NATO summit to be held next week in Cardiff, where 10 miles of nine foot high security fences have been set up to protect world leaders attending the conference on September 4-5.

The decision to raise the level comes amid fears of hundreds of aspiring British jihadists travelling to Iraq and Syria to learn terrorist tradecraft, and the murder of American journalist James Foley by an alleged English killer.

Sir Bernard Hogan-Howe, the current head of London’s Metropolitan Police Service, said “Scotland Yard is prepared for an influx in case a swathe of home grown extremists decide to return at the same time.”

Assistant Commissioner Mark Rowley, of the national policing lead for counter-terrorism, said: “We need communities and families to bring to our attention anyone they perceive who may be vulnerable, a danger or escalating towards terrorism. Anyone with information is urged to contact the Anti-Terrorist Hotline on 0800 789 321.

“From this afternoon we will begin to increase our levels of visible patrols and implement other security and protection measures. We will also build on existing community relations to provide reassurance and seek their support and assistance in keeping the UK safe.”

There are five levels of threat:

Critical – an attack is expected imminently.

Severe – an attack is highly likely.

Substantial – an attack is a strong possibility.

Moderate – an attack is possible but not likely.

Low – an attack is unlikely.

What should you do?

The Home Office advises members of the public to remain alert to the danger of terrorism, look out for suspicious bags on public transport or any other potential signs of terrorist activity. However, the public should not let the fear of terrorism stop them from going about their day-to-day life as normal. The risk of being caught up in a terrorist attack is very low.