Not deserving of a statue 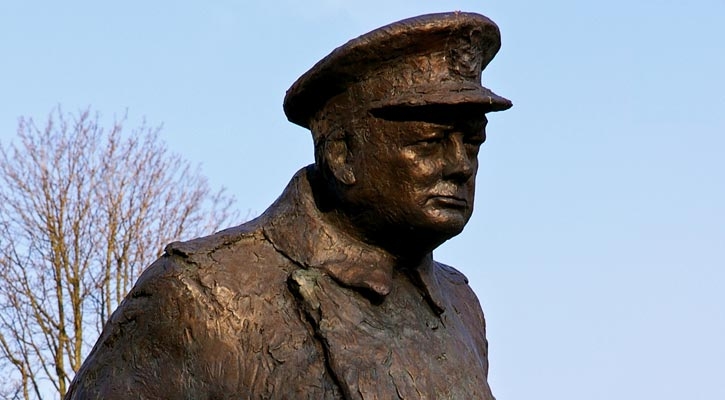 THOUGHT I’d leave out the Mid-East fiasco this issue, give a bit of time for the Nationals to catch up!

So, in a week where we were told that Brussels is about to ban the sale of certain types of vacuum cleaner, lots of fatty foods are now miraculously good for us; Miriella Frostrup recommends taking someone else’s husband on holiday (wot!?) and Louise Mensch informed the media she’d rather see Ed Milliband eating a bacon sandwich than look at Karen Danczuk’s cleavage (no comment!) they’ve decided to erect a bronze statue to deceased songstress Amy Whitehouse.

Can anyone in God’s name tell me why? This was a young lady, with the good fortune to have been born with a considerable talent, who subsequently managed to squander it all, by leading a life of drugs abuse, alcoholism, and a sheer debauchery unequaled by any other show biz individual since Fatty Arbuckle.

She was a terrible example to our young people and completely wasted her time on this earth in a way that was nothing short of pathetic. And some idiots want to preserve her legacy by erecting a (very expensive) statue in her memory?

Give us a break. It was exactly the same situation with George Best. Best was another extremely lucky young man, born with a natural talent millions of young men would die for. And how does he thank his creator for this wonderful natural blessing? Sweeps it all away on a tsunami of drink and drugs – also squandering a precious liver transplant en route. Alright, I am completely aware that alcoholism is a disease and we should perhaps feel a certain sympathy for people caught up in its clutches, but no one forced a bottle or a needle into these peoples arms or mouths, it was all initially a matter of their own choice and frankly I think immortalising these talent wasters in bronze, is nothing short of a disgraceful reflection of the priorities held by certain members of our money squandering local council members.

Actually this whole past month has been a bit of an ‘ealth and safety lunacy drive. No more than two children to an adult at swimming pools. Donkey rides banned from some beaches. Workers told they couldn’t wear open toed shoes in summer and, although nothing to do with ‘ealth and safety, a real humdinger in the light of Brussels’ appalling waste of taxpayers’ money. Specifically it has now been announced that Britain is to donate £1.6 million (€2.01 million) to fund bin collection on the Caribbean island of Cuba! I dunno, sometimes I really do despair of it all.

Thanks for all the correspondence. Sorry we can’t publish all of them. I’m delighted to say – there simply isn’t enough space!

Just had a thought. What about Leapy Lee immortalised in bronze somewhere? No? Ah well.