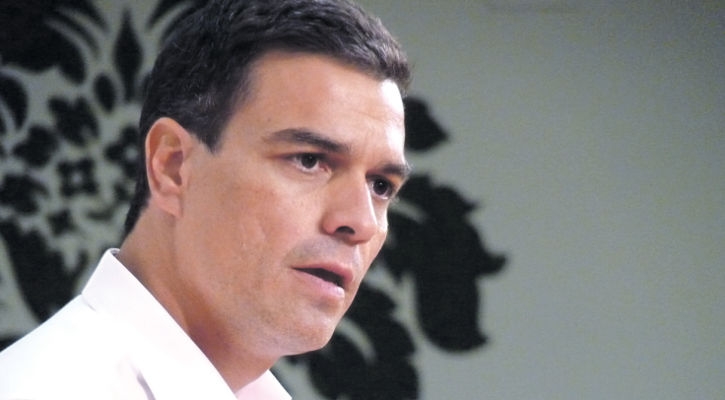 PEDRO SANCHEZ: Young and easy on the eye.

DID the presence of Pedro Sanchez on the PSOE campaign trail add or subtract votes for Susana Diez? All the world loves a pregnant politician, anyway, but it didn’t hurt that Sanchez is young and easy on the eye.

The PP rolled out its big guns for Andalucia and as May approaches will resort to former president Jose Maria Aznar to herd the faithful into the conservative fold.

Neither young nor easy on the eye, a hectoring Aznar will either preach to the converted or cause waiverers to head quickly to the Left or Centre instead.

BEFORE the PP’s Andalucia election defeat, the president of the Spanish government Mariano Rajoy said the results could not be extrapolated to other Spanish regions.

In other words, Andalucia is different and always has been because it votes PSOE.

The only time the PP came within a whisker of winning was in 2012 when it was the most-voted party but couldn’t form a government.

Podemos, which won 15 seats in the regional government, could do still better outside Andalucia where it is overshadowed by the PSOE.

So could Ciudadanos which came out of nowhere to snaffle nine seats and IU which took a beating and now has five seats instead of 12.

Most of Spain’s political parties, even the now totally submerged UPyD, could do better outside Andalucia.

Does that include the PP? May’s municipal elections will reveal whether Rajoy was whistling in the dark or not.

All in a good cause

SPAIN’S tax department Hacienda does not believe that the PP’s failure to pay tax on irregular party donations is an offence.

Judge Pablo Ruz, tying up loose ends to the cases at the court he is about to leave, believe it does.

He did not swallow Hacienda’s argument that the PP was a non-profit making organisation whose black cash was used for ‘social ends’ and no different from the Red Cross or Caritas.

Non-profit making? Tell that to the beneficiaries of the PP’s slush fund and those who enjoyed kickbacks from the Gurtel and Punica shysters.

PODEMOS, the party that evolved from protests before the May 2011 elections, has shown itself as a force to be reckoned with.

But in Andalucia its 15 seats, when compared to the PSOE’s 47 and the PP’s 33, show Podemos as an option and not an alternative.

In fact Podemos resembles the bad boy that all the girls used to want to go out with until he asked them.