Swapping boots for bids: Dion joins Homes Under the Hammer 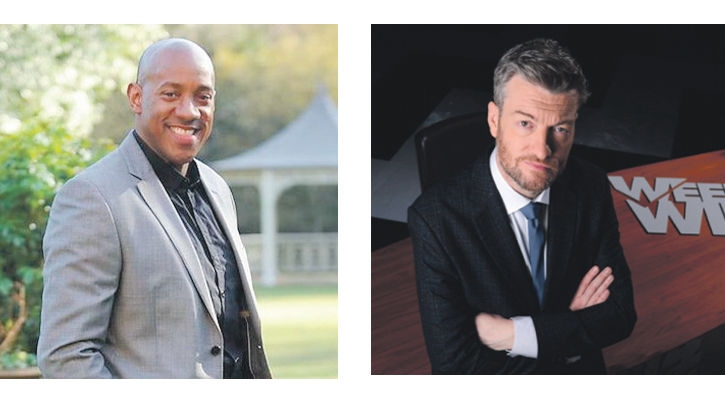 DION DUBLIN has been announced as the surprise new co-host of Homes Under the Hammer.

The ex-England international and TV pundit will meet with budding developers from around the UK, with each episode focusing on three properties bought at auction.

Dublin said: “I am thrilled to be joining Martin and Lucy on Homes Under The Hammer.

“I have a passion for property and look forward to meeting people on the show who share that passion.

Jo Street, acting controller of BBC Daytime, added: “I am thrilled that Dion Dublin is joining the Homes Under The Hammer line-up.

“He shares Martin and Lucy’s passion for properties and people and his warm personality make him the perfect addition to the family.

Following his football career, Dublin worked as a pundit for Sky Sports and has been a member of the panel on BBC Radio 5 Live’s Fighting Talk.

He also invented a percussion instrument called The Dube, a form of cajón.

In 2011, he joined Ocean Colour Scene during a gig at the University of East Anglia.

Charlie Brooker is to host a General Election special of his Weekly Wipe series.

Election Wipe will see Brooker give his unique take on the election campaign process, where he will be joined by regulars Morgana Robinson, Philomena Cunk and Barry S**tpeas.

The 60-minute special will air on BBC Two in the run-up to the General Election, which takes place on May 7.

Brooker said: “At a time of great political uncertainty it’ll be an honour to bring some much-needed confusion to the national debate.

Since our show transmits in the run up to the election, it will have to adhere to strict impartiality rules – which means it will, by law, be equally disparaging to all parts of the political spectrum.

If you would like me to answer any questions you may have on satellite TV or to expand on anything I have written about please call me on 678 332 815 or email [email protected] I look forward to your comments and questions.

Don’t forget to listen to my radio show every weekday from 10am on Spectrum 96.1 & 106.8FM, now covering almost 3,000sq kms of Costa Almeria and Calida or listen online at costa almeria.spectrumfm.net for the latest news and views.