SOS Save Our School! 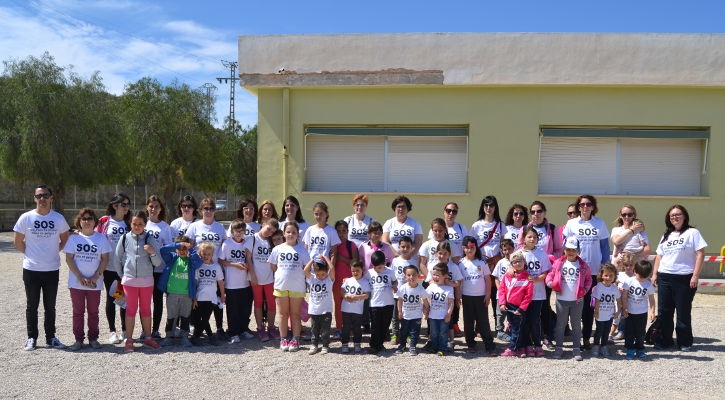 AFTER years of campaigning and complaints, Rojales could finally be getting a new school.

The Valencian Government has just put out to tender the works on the Principe de España school with a value of more than €4 million. However, a new building is still a long way off and parents want urgent improvements.

“We need answers regarding our children’s safety in the interim. We have just been very lucky so far that no one has been hurt,” said mother Rachel King, whose daughter was in one of the buildings close to where a pile of render fell off the roof last week, crashing down on to the patio area where the children play.

What concerns parents is that this latest incident was in a block of buildings newer than the main building, yet cracks are clearly apparent across all the overhanging roof ledges.

AMPA parents association has long campaigned for improvements and a new building to be built but parent Andy Lee said they don’t want a flash new building: “We just want a safe school!”

Another of the parents with children attending the school is Louise, with four daughters. She was appalled when she arrived at the school and found a pile of rubble and brick smashed on the floor and now she is seriously having to consider moving her children to an alternative school: “I don’t want to move them, but if something isn’t done quickly, I will have to. It’s really hard when you know you are sending them to a dangerous school.”

Today, the block where the render fell off remains taped off following an inspection by technicians from Valencia.

The inspection team made a thorough examination of the area and within days of their visit, the tender was put out for work, giving parents and teachers hope that the authorities are finally – and not before time – taking the situation seriously and action will be taken as a matter of urgency.

In the meantime, many of the parents are facing a difficult decision as to whether they will send their children back to school after the Easter holidays, with the fear and worry that still more of the buildings will fall away or even collapse completely and cause injury to a child.