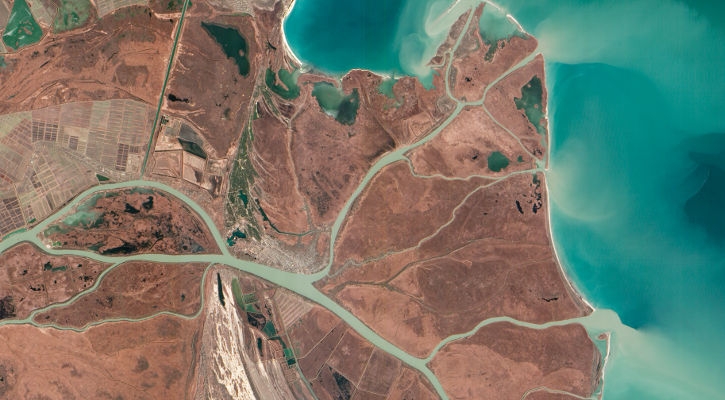 DANUBE DELTA: A hotbed for tension between Romania and Ukraine.

A SEISMIC shift in the global power struggle between the West and the BRICS world has shifted to Central Europe.

Russian and NATO military hardware confront each other in what was, until recently, a sea of little interest to the rest of us.

We have all heard of the Bermuda Triangle, the mysterious sea where ships and aircraft disappear. Few have heard of the Black Sea Vortex. Could the inexplicable disappearance of a Russian or NATO warship spark a war that would leave Western Europe and the United States a glass-strewn thermonuclear shell-hole?

Turkish fishermen were the first to bring to attention what is known as the Black Sea Vortex of Death. The location is Snake Island set in the Danube Delta. For centuries the region has been a hotbed of tension between Ukraine and Romania but now attracts wider significance.

Historically, Russian sailors have been wary of the phenomena of disappearing ships since the 13th century. They record a whirl of white water that swallows everything on and over this sea, even flights of birds.

Are these flights of fancy or is there something in such tales? Russian and Ukrainian scientists are agreed. The region shows magnetic abnormality. This information came to light when, during the Soviet era, a Red Army report disclosed that a warship in May 1944 had disappeared without trace. In broad daylight and perfect sea conditions the heavily armed Russian cruiser simply disappeared south of Crimea.

The baffling loss was reported by the commander of an accompanying warship. His report told of a ‘black fog and a bolt of lightning that, when it cleared left the horizon clear.’ The Soviet warship had incomprehensibly disappeared. There was no wreckage, no trace, nothing.

In December 1945, five Soviet bombers disappeared over the area. They left neither trace nor explanation. The last radio messages recorded a thick fog blanketing their cockpit canopies.

Equally odd the disappearance of 80 oil-drilling platform personnel in 1991. Contact between shore and the rig abruptly ceased. Repeated attempts to contact the rig were futile.

Sent to investigate, a military squadron discovered a drifting rig platform upon which there were no people evident and no signs of disturbance. Nothing was found.

This incident has its parallel in the Mary Celeste incident in 1872.

Inexplicable ship disappearances are still commonplace. I recall the time when, in 1962, moored at a pier in the Red Sea, we sailors remarked on the cruise liner berthed next to us.

This vessel set sail the night before our departure. Both liner and its passengers disappeared. We were told the liner was the victim of a rogue electric storm. I heard no more. The sea remains a very mysterious place.