When wisdom wasn’t learned from a book—but found in a glass! 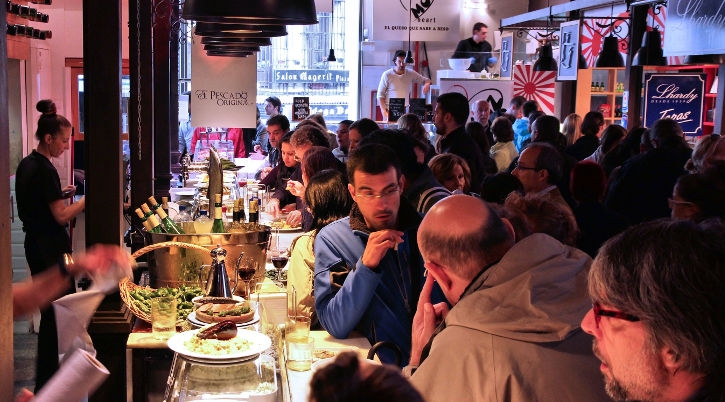 DICHOS: Learned at home or in café encounters.

EARLY Spain was long on sunshine, full of wine rivers and nights that rattled on until the moon got tired and went to bed.

Then it was coffee all around with brandies until someone fell from the chair, which meant time to go home. Things were discussed, but nothing ever important. Sooner or later the soul got tired and you yearned for something consequential. Pertinent thoughts couldn’t be avoided, no matter how much you drank.

The human in us could never really be lost by a plethora of ‘parties’.

Movie-makers started drifting into town and that broke a lot of the monotony. They might have been stars in Hollywood, but few could carry on with the village locals who could drink anyone under the table and not be bothered to know it.

Once a tourist person brought a popular book on holiday and wished to discuss it. It was a tale that spouted wisdom. The Spaniards, who were always a part of the revelries, weren’t too familiar with books but had their own family wisdom in the form of DICHOS, popular sayings from the home fires or café encounters that kept them well versed and competitive in street wisdom.

I was taken aback by this simple tool of knowledge so engrained in each and every one of them. Wisdom from the hearth, the fields, Grandma and passing visitors. They served me well in my life growing up here. “If you enter into a lawsuit, you’ve lost already,” has been a helpful refrain. Our town hall should do a short book on the topic and print much of this local wisdom to give to foreigners when they become official residents. Proverbs from Granny might enlighten their forlorn and confused nights. “La mentira tiene patas cortas” (a lie has short legs and won’t travel far). Or, “La ocasión hace al ladrón” (the occasion makes the thief) in that almost everyone would steal if the situation was open enough and unpunishable.

One of the remarkable occurrences I witnessed was made famous to me after living here some 19 years before I witnessed my first drunken Spaniard (at the fair in Sevilla).

“Bebe el agua a chorro y el vino a sorbos,” (drink jets of water but wine in only sips). A ‘dicho’ I regretfully haven’t followed as well as I might.