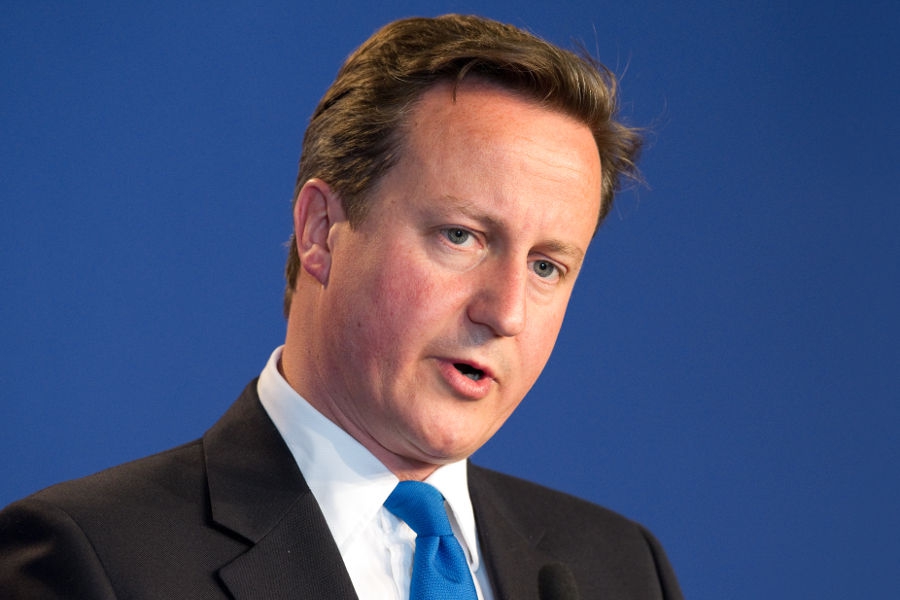 IN CONTROL: PM David Cameron is exactly where he should be.

YOU know the main reason the Labour party was routed in the election? Because, in their usual bitter arrogance, they completely underestimated the intelligence of the British public.
Theirs was a campaign full of gimmicks, denials and downright lies. From the pink van and travelling dais, their ludicrous promises in stone, to the twittering insults and interview with the moronic Brand person, they endeavored to trick the voters into thinking their left- wing policies were the only way to save a society that actually didn’t need saving at all.
By contrast, Cameron conducted an utterly dignified and straightforward campaign, which included, to my mind quite correctly, refusing to be sucked into a gimmicky debate, which would have resulted in him becoming the brunt of a bunch of wannabees placing him and his party in a firing line of negativity.
In the end the results, despite the so-called polls (which need to be put under some severe scrutiny) finished up exactly where they should have been. The party that has rescued the country from the chaos of left-wing management finished up the clear victors.
The party, which got into power simply because it had picked up a few seats, was severely ousted, and a bunch of out of touch, incompetent throwbacks, were utterly humiliated and sent scuttling for cover, hopefully for generations to come.
The only party I do feel was hard done by is UKIP, which, despite picking up millions of votes, only managed to obtain one seat. Perhaps the whole voting process should be looked at before the next election.
I was also gratified to see the SNP pick up the Scottish vote, basically because there is also now stiff opposition in place should they endeavour to ride roughshod over any policies put forward by the Conservatives.
Subsequently they are free to concentrate on purely Scottish agendas, practise their beloved independence and not constantly seek to recreate the Battle of Bannockburn in the Houses of the British Parliament. Mind how ye go!
One other thing that did strike me about the ‘campaign of clutter’ presented by Labour was the utterly intentional silence and non participation of the unions. On the surface, that is. In reality, mark my words, with their usual devious agendas and underhanded methods, they were laying in wait, ready to raise their ugly heads and strike chaos among the British public with all the stealth of the snakes in the grass they undoubtedly are. Well tough titty!
Let us all now look forward to a time of prosperity and good common sense for the next five years. Oh, by the way, Mr Cameron, what about the promises to expat voters? Need a few more million supporters next time?
Keep the faith, Love Leapy
[email protected]
www.leapylee.co.uk