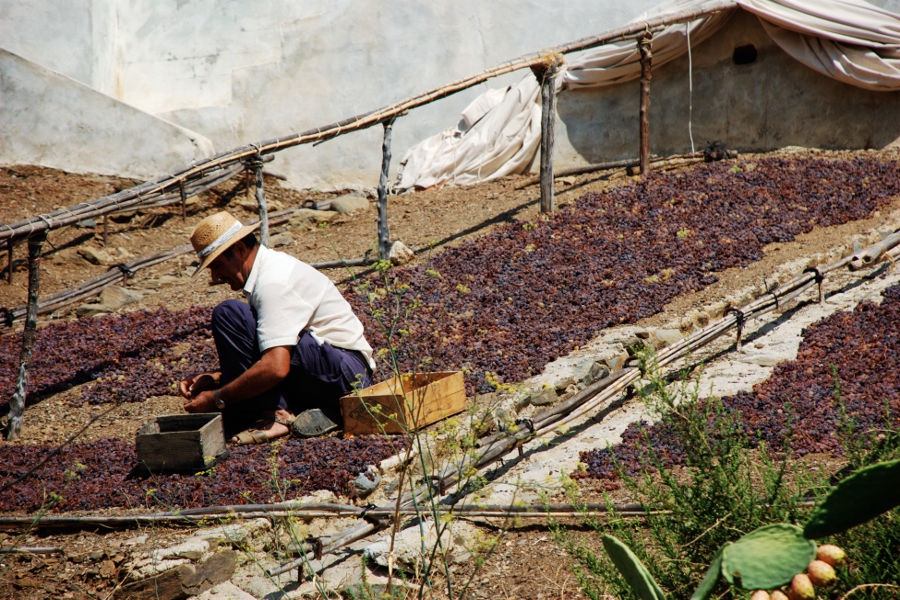 MALAGA RAISINS: Famous for their alimentary and cultural value.

THE Malaga Provincial Council is to launch a campaign to promote and foster the commercialisation of the Malaga raisin.
The PSOE socialist party spokesperson Francisco Conejo, presented on Tuesday (May 12) a comprehensive series of measures that include working closely with all administration and private companies involved in the process to declare the fruit as Alimentary Intangible Patrimony of Humanity by UNESCO.
Mr Conejo visited the Raisin Museum in Almachar together with other PSOE representatives from several Axarquia municipalities and took the chance to stress the importance of supporting the wine and raisin industry.
“We now have the chance promote our local products through the brand ‘Sabor a Malaga’ (Malaga Flavour), through educational and informative campaigns as well as organising visits to production centres,” said Mr Conejo, who continued: “If citizens show their support by electing us on May 24, we will put all our efforts into declaring Axarquia raisins as intangible patrimony of humanity.
“This fruit is one of the most important identity markers of the Axarquia Region for its gastronomy, cultural and even touristic value.”
Amongst the actions planned to advertise Malaga raisins are the organisation of a gastronomy fair featuring them and provide financial aid to the wine industry of the province:
“We wish to create an annual fair to promote wines and raisins of our province and have planned to create the first Centre for Patrimonial Documentation of wine and raisins, to preserve our heritage,” continued Mr Conejo.
He stressed that the importation of raisins to places such as Argentina has increased significantly over the past few years and that the administration will aim at opening new markets as well as reinforcing the existing ones in England, Germany and Russia.
“Consumption and demand of the fruit has increased by 18 per cent in quantity and 87 per cent in value from 2005 to 2010,” said the socialist spokesperson: “We have one of the highest quality, most natural raisins in the world.”