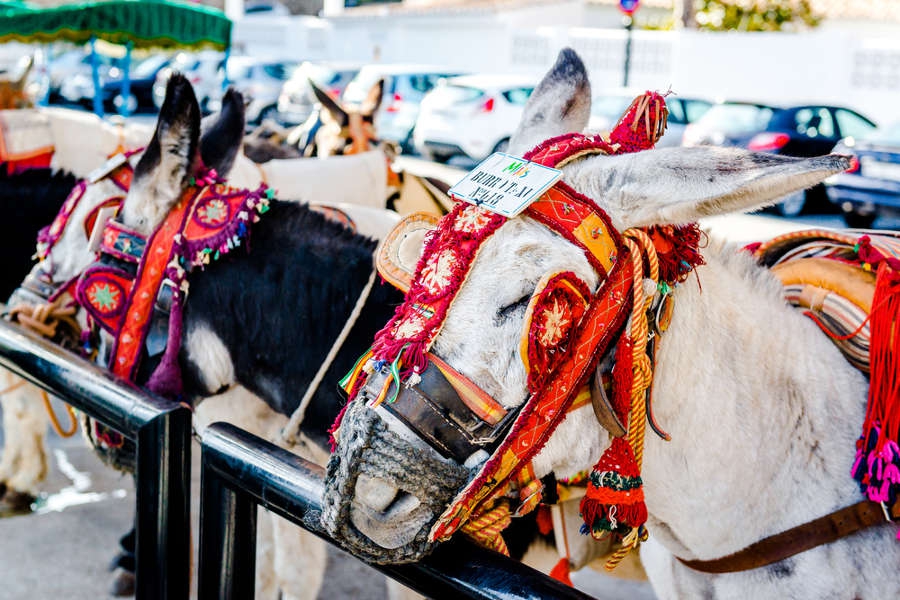 THE recent commotion regarding the mistreatment of a donkey in Mijas has angered hundreds of people who have given vent to their anger on social media.

Mijas, in the heart of the Costa del Sol, is famous for its ‘burro taxis’ known as donkey taxis. The donkeys wait to take passengers around the village to get a taste of the ancient transport system. There are many donkey rides you can chose from which include renting a coach that the donkey will pull along.

The donkey taxi rides originated in Mijas in the early 60’s when workers returning to their homes on their donkeys were approached by tourists who were fascinated by the donkeys and wanted to take photographs. This sparked a business prospect for the workers as the tourists would often give tips to get a ride on the donkeys.

As the years went on, this was a business that grew well and also created more jobs for the residents. Today, donkey taxis are an institution and money-making business in Mijas and one of its biggest tourist attractions. The attraction is loved by many tourists and without their interest for the donkey taxi, it would not exist.

However, all that glitters is not gold, as recently a donkey has been caught on record getting kicked and wounded by a local. The video has spread viral and has sparked anger amongst the public who feel that something should be put into place to erase this business of animal cruelty.

The Donkey Sanctuary international charity has been strongly campaigning against the use of donkeys in the Peropalo festival in Villanueva de la Vera, Spain since 1986. A petition letter that was sent to the government in 2014 reveals the inhumane actions towards the innocent donkeys. It stated that:

’This festival is an unnecessary excuse to exert power over an innocent and defenseless creature, and it is appalling that such an event still occurs.’

The government has indicated for years that they would regulate the treatment of these animals, and punish those who mistreat them. However, even today, people from Mijas still witness the cruel beatings of the innocent donkeys which get brushed under the carpet.

A local resident has started a petition on change.org to demand that Mijas Town Hall does something about the situation with the donkeys, which, at the time of writing, has already gathered almost 1,000 signatures.

Meanwhile local political groups PP and Podemos have been quick to express their disgust at the incident, which occurred just metres from the town hall building, and have voiced their intention to demand measures to protect the animals.

Donkey taxis relate back to the 60´s, however let’s not forget that we should no longer be living in old fashioned times. There were many things we did in the 60´s that we thought were acceptable for example; smoking, drink driving, and riding bikes without helmets. But in 2015, we now see the implications in carrying out those activities and therefore perhaps it is time to stand up and put a stop to the donkey taxi business.

What do you think, please let us know?