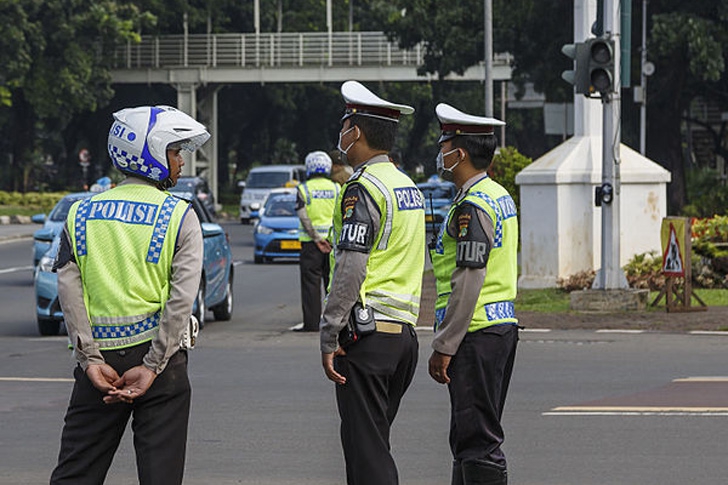 UPDATE: After dramatic pre-dawn raids and three further arrests in the city of Depok this morning, January 15, an Indonesian man connected to Daesh has been named as the mastermind of Thursday´s attacks in Jakarta´s commercial district.

Police have confirmed that Bahrun Naim orchestrated and funded the attack on his home soil while fighting alongside Daesh militants in Syria.

Naim has a criminal record and has served jail time for illegal possession of weapons in 2011. Jakarta´s police chief Tito Karnaviandescribes him as having a “vision to unite all ISIS-supporting elements in Southeast Asia.”

Those arrested this morning, described by police as a firearms expert, an Islamic preacher and a bomb-maker, appear to have been cleared of any involvement, but a police spokesperson confirmed that the island of Java and other parts of Indonesia are still being swept for terrorists.

Reporters at Al Jazeera referred to a state of confusion within the country, with authorities concerned “Whether there were any that got away” and said that the capital city remains on a heightened level of alert.”

THE Indonesian capital Jakarta is on lockdown after several explosive devices were detonated in the commercial heart of the Javanese city on January 14.

Disturbing images released earlier today show the extent of the damage caused. Recent reports suggest that 20 people have been injured, including a Dutch citizen working for the UN Environment Programme. Police have also confirmed at least seven fatalities, which includes five suspected terrorists.

A branch of Starbucks at the Sarinah shopping centre was stormed by three attackers wearing explosive vests. The café is frequented by staff from nearby foreign embassies and the UN offices.

It is also thought that a further 14 gunmen were involved in the coordinated attacks. Some were in possession of grenades and escaped on motorbikes. A dramatic police chase resulted in two arrests. Reports of intermittent gunfire were heard across the city during the pursuit.

President Joko Widodo has released a statement urging citizens to remain calm in the face of “terror acts.” The largely secular country appeared to have successfully stamped out home-grown extremism since the last major attack on two Jakarta hotels in 2009, though analysts predicted fallout from the 150-200 Indonesians who have visited Daesh training camps in Syria in recent years.

No group has claimed responsibility for the attacks, but police investigation is focused on several small militant networks within the country, some of which maintain close links to Daesh.